I. A word so simple, so beautiful, and so vital a part of the English language. How else would you represent yourself?  It doesn’t matter who you are, where you are from, what you do, or when you do it. You use I. I use I. We use I. Things are good.

But this is Japanese. One word? Is that what you really thought? For a language that usually doesn’t even need pronouns in its sentences, Japan decided that this is where they would make their linguistic stand.

Ha. Is that really all you thought there was? Be prepared.

There are over 100 ways to say “I” in the Japanese language.

I add “over” because I’m sure there are some that I’ve missed out on, some that are currently changing, some that have not yet been discovered, and some that are infinite variations of others.

Why are there so many I’s? Because depending on your age, sex, class, time period, personality, job, role in society, family role, the way you use I is different.

Let’s begin. I’ve broken them down into categories. How exactly can you say I?

1. 私 (わたし): One of the first words you probably ever learn. This is the most commonly used I throughout Japan. It is polite and used by both guys and girls. Unless it was the olden days, and it was only used by women.

3. 僕 (ぼく): Mostly used by guys. It has some level of politeness (though not as high as the 2 above this).

4. 自分 (じぶん): This not only means “I” but “myself” and “you” as well. Confusing? Often used by guys who are athletic or who like sports, especially Baseball players and Japanese sumo wrestlers. Sometimes used by detectives. When used in literature, it is often used by women.

5. 俺 (おれ): If you’ve ever watched an anime, you probably know this one. Maybe even learned this before you learned 私. Mostly used by younger guys. Has a bit of a rough/cool image.

6. 儂 (わし): In fiction literature, this is often used by older men. In certain places like Aichi prefecture, Gifu prefecture, and Hoku-riku chihou (the North Western part of Honshuu), it is used by guys of any age. In some areas, it is even used by older women.

7. あたし:  Casual female version of わたし. If you say あたし you may be told to say it correctly (by people who like to correct other people’s grammar.)

8. あたい: This is あたし taken one step further down, and is usually used by frivolous and a bit low class women.

9. わい: Used in the Kinki region. Mostly used by guys and a broken down version of わし.

10. わて: Was used mostly in Kyoto regardless of age/sex. Now uncommon, and used mostly by older men.

11. あて: Was used mostly in Kyoto regardless of age/sex. Now uncommon, and used mostly by older men.

12. わだす: Accented version of わたし used in the Tohoku region.

13. あだす: Accented version of あたし used in the Tohoku region.

14. わす: Accented version of わし used in the Tohoku region.

15. うち: Originally mostly used by women in Western Japan, but from 1998 on, came into use in the Kanto area with people from suburban/rural areas.

16. 己等 (おいら): Used most often in rural areas by guys. Both girls and guys may occasionally use it when trying to act cute.

18. おい: Used mostly by young guys in Kyushuu (especially the southern part of it). Originally meant “you,” and was used by the police in the early Meiji Era. The angry phrase “おい、こら” which is a way to show anger originally meant “おい, これは何?” or “what are you doing?”

19. おいどん: Used mostly by older men in Kyushuu (especially the southern part of it), or women born before World War 2.

21. わ: Tsugaru-dialect, used by men and women. Can be used to mean “you.” Thought to have derived from 我 (われ).

23. ぼくちゃん:  Mostly used by young boys trying to act cute, or messing around.

24. ぼくちん: Mostly used by young boys trying to act cute, or messing around.

25. おれっち: Considered an altered version of 俺, and started in Tokyo. Mostly used in Shizuoka.

32. ミー: Comes form the English word “me.” Sometimes used in fiction literature to show characters that are trying to act like they are foreign. But note, this doesn’t mean “me,” it still means I.

33. 小職（しょうしょく）: Formal and business-like. Often includes both the speaker and the group/organization/company/section he is coming from.

34. 当方（とうほう）: Formal and business-like. Often includes both the speaker and the group/organization/company/section he is coming from.

35. 本官 (ほんかん): Used by police officers, military officers, judges, and secretary to the head of a department of government. Not common anymore. May be found in fiction.

39. 我輩、吾輩、我が輩、吾が輩（わがはい）: Most people know this word from the famous work of literature 我輩は猫である (I am a cat). Has an overbearing, self-important sound to it.

40. 某（それがし）: Used from the Middle Ages and shows a sense of humility and modesty (though later on it started to be similar to #39). Mostly used by men, and was popular during the Warring States period in Japan.

41. 朕（チン）: Originally came from ancient China and used by royalty. This passed down to the emperor and royalty of Japan, and was used in imperial decrees and in public messages.

42. 麻呂・麿（まろ）: Originally used by men in ancient Japan, but from the Heian Period and beyond, it was used by both men/women regardless of status.

44. 吾（わ): Rarely used in spoken Japanese today, however still used in writing. You occasionally see it in phrases like 我が家 which is (私の家: I + possessive + house)

46. 余・予（よ）: Used from Heian-era on. Originally used regardless of class, but eventually was only used by feudal lords, monarchs, or sovereigns.

48. 小官（しょうかん）: Used by men mostly in a government position (or in the military), and shows modesty.

49. 吾人（ごじん）: Used in written letters and literature by men.

52. 不才(ふさい): Used mainly by men. Shows modesty in your ability.

53. 不佞（ふねい）: Used mainly by men. Shows modesty in your ability.

54. あっし: Used by both men and women who were commoners. It is thought that this comes from あたし.

55. あちき: Prostitutes from rural/countryside areas used this to hide their accent. Part of the “secret prostitute language.”

56. あちし: Another version of あちき used in period dramas and fiction.

57. わっち: Similar to あちき, used by women prostitutes as part of the “secret prostitute language.”

59. 拙者（せっしゃ）: Used by samurai/bushido to show humility. Most memorable recent usage was from the manga Ruroni Kenshin.

60. 身ども（みども）: Used by the warrior class towards people of equal or lower class.

61. 僕（やつがれ）: Originally used by both women/men to show humility, but in modern times mostly by men.

62. 手前（てまえ）: Sometimes used in present day Japan in the form of 手前ども in business situations instead of こちら. Often used in period drama and fiction as “you.”

63. 此方（こなた）: Used by women who were part of warrior class or noble families.

64. 此方人等（こちとら）:  Used from the 17th century, similar to こなた, except use was by women who were commoners.

65. 私め（わたしめ）: Used to belittle or seriously humble yourself. Often spoken to one’s “master” or “lord.”

66. 私め（わたくしめ）: Variant of the above. Used to belittle or seriously humble yourself. Often spoken to one’s “master” or “lord.”

68. あたくし:A more arrogant version of わたくし. Often used by women in fiction who are “princess” types and are showing that they are better than others.

Using Your Own Name

69. (Your name): This method of using one’s own name in place of “I” is usually used by very young children (girls and boys, but mostly girls) and sometimes young women (under 20). Occasionally women older than 20 will still continue to use their own name, but the older they get, the less likely they will still use it.

Used by family members of higher roles towards children/grandchildren/nieces/nephews.

78-86:  All さん attached can be ちゃん instead. お may also be attached at the beginning. I’m counting these as 10 variations on the above (also covering 89-92 below).

Note: Sometimes a family member adds his name before his family role, especially if there is more than one of that family member type. Example: ともこおばさん might be used for someone named Tomoko who is one of the child’s multiple aunts.

These are used by people towards children (usually significantly) younger than them who they don’t know, or they know but are unrelated, or are related, but not related in the ways above. Confused? Good! Ages are all estimates because it is so varied, and there are really no set rules.

Note: The same as above, all さん attached can also be ちゃん instead, and お may also be included.

96. 先生 (せんせい): School Teacher use: Used towards a teacher’s own students mostly in elementary school and junior high school, but still occasionally in high school.

98. 作者 (さくしゃ): An author of a novel may use this in the commentary at the end of his novel.

99. 編集子 (へんしゅうし): Editorial staff member may use this is in newspaper or magazine articles.

100. 筆者 (ひっしゃ): A writer or author may use this is in newspaper or magazine articles.

Which are your favorite I’s? Where have you seen or read some of the lesser used I’s? Which do you plan on trying out? Any you’ve come across that aren’t included in this list? 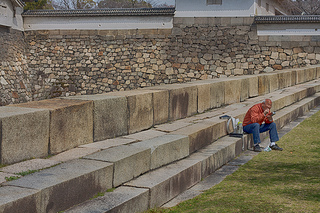 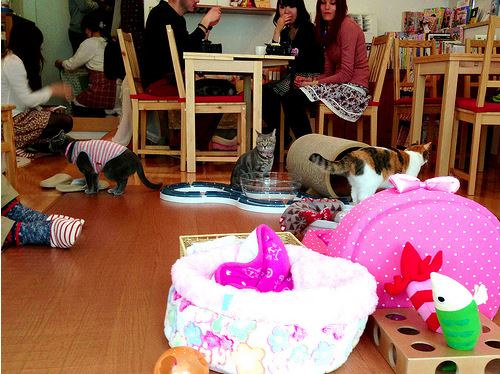 Using “I Am A Cat” (吾輩は猫である) To Sell Anything