I LOVE YOTSUBATO! (Sorry… I get easily excited.) Besides being my personal favorite manga series – so, ahem, I might be a bit biased – and besides the fact that it’s the cutest darn manga ever… I think Yotsubato is something every Japanese-learner should read once, especially if you’ve never read through a manga in its original language or think you’re not smart enough to read “real Japanese” yet.

For the uneducated, Yotsubato is the story of a happy, energetic girl with green hair named Yotsuba and her adventures with her father and the next-door neighbors. But I figured my recommendation alone might not be enough, so here are four very good (and hopefully convincing?) reasons why you should read Yotsubato!: Maybe when I reached 2,000 sentences, or hit the arbitrary level thirty on the JALUP scoreboards, I could understand a manga. I had already tried twice; I got a volume of Death Note and two of One Piece (They’re for kids, right? And they’re cool!) and gave them a try. Unfortunately, I just couldn’t figure them out. I didn’t even know what a well-intentioned “ふん” meant.

So they were my excuses as to why I couldn’t read manga, at least until I found Yotsubato. I had it at the recommendation of it being a good manga for beginners, but I didn’t have high expectations for my abilities. Surprisingly, I could actually read it. I was so happy when I finished the first chapter. It felt AWESOME!! That was the last time I told myself manga was too hard for my poor, shriveled up brain.

2. Everyone can read it. One of the best parts of Yotsubato! is that anyone can read it, even if you don’t understand it. When I began reading, I couldn’t understand much of the dialog (Especially from the grown-ups. Kids… I like kids. Yeah.), but I could still understand what was going on. There’s a lot of big pictures and most of the time you can tell what’s going on from the pretty illustrations. (Did I mention that I love the art? I do.)

It’s hard if you’re a natural perfectionist to skip whole conversations, but there’s no need to get everything right. Skim over things. It’s no fun if you force yourself to have two dictionaries, an encyclopedia and a grammar book open next to you while you read. But if you’d like to have a better understanding of it, come back later once you’ve read through it and go over what you missed last time. Sometimes I mark down words I’d like to add to my Anki deck on a piece of paper next to me while I’m reading. Yotsubato! has plenty of furigana, so it’s never a chore to look anything up.

One of the common problems I hear from gung-ho beginner manga-readers is the appearance of a lot of uncommon words. You see, when you read Naruto or One Piece, you’re not just reading Japanese, you’re also reading ninja-ese and pirate-ese. There’s nothing wrong with learning these words, and they’ll be useful if you see them a lot, but sometimes they can be a big hindrance. I remember reading something about space travel once, with Wikipedia Japan in the next tab, looking up all the big words that I had never even seen before, and wondering to myself, “Am I ever going to see these words again?”

Yotsubato! is all common, almost-everyday speech. In fact, it’s so everyday, I bet even the dumb characters from the Genki I textbook would be able to understand it. (No offense to メアリーさん. She’s cute.)

Another thing that scares people off is slang. The dreaded slang. Yotsubato isn’t free of slang – Yotsuba’s dad isn’t exactly the most eloquent speaker – but it’s nothing you usually can’t figure out by reading it out loud. じゃねぇ is a bit easier to say than じゃない, after all, and who can remember to say しまう when ちゃう is just as good? Of course, anything you can’t parse can usually be filled in by context. I never laugh out loud. The closest I ever get to laughing out loud is writing an “lol” on somebody’s Facebook status. But for some reason, Yotsubato always gets me laughing. I giggle like a little kid. I have to take care to read it alone lest everybody I know think I’ve lost my marbles. The art is especially hilarious. Unless you have a heart made out of steel and cardboard, I think it’s impossible not to laugh at Yotsuba’s many expressions. It’s actually the funniest thing I think I’ve ever read.

I think one of the biggest obstacles to transitioning out of boring textbook-Japanese is the perceived difficulty of it. Do you have any easy manga/books you hold dear to your heart? I could always use some more easy-reading recommendations, too. I’m not as smart as I look, you know. :) 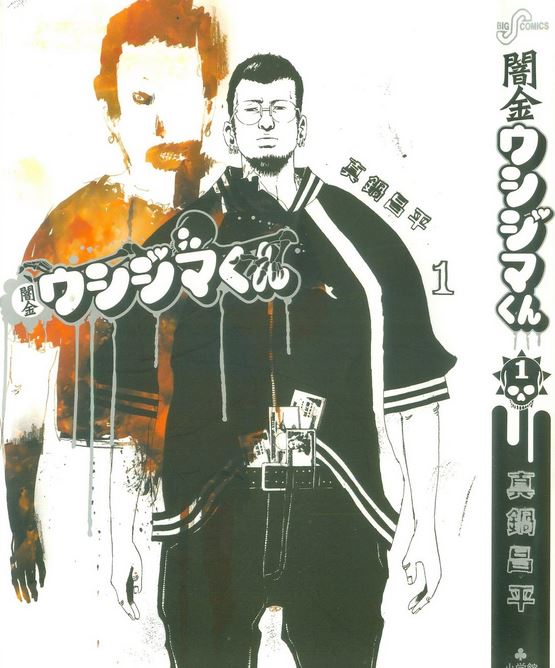 4 Violent Manga That Will Haunt Your Dreams