Are you reading this on an Apple product? Wish there was a super exciting action manga to tell the story of its creators? Steves is the story of Steve Jobs and Steve Wozniak, and how they embarked upon the real life computer adventure to change the world.

While there is a lot of technical talk, it is nothing over the head of the average computer user. It is fast paced, fun, and is written in an exciting way. The writers do a good job. I am by no means an intense Apple fan, but have so far enjoyed this series. What club do you join in high school where you want competition, not physically, but intellectually? Our hero has a great memory for information that he probably doesn’t need. However, as a bit of a loner, he has focused on studying.

One day he was recruited to join the school’s quiz team. After unwillingly being pushed into a school demo, he quickly found there was way more to the Japanese quiz world than he imagined. There’s action and adventure to be had, even in trivia.

What does it take to become the quiz king? Trapped in an MMORPG, where if you die in game, you die in the real world, and the only way out is to clear through the 100 levels. This was the theme to the massively popular anime Sword Art Online, which came from a light novel, and eventually spawned an anime sequel.

Most anime come from manga. This was an exception, and since there was no manga, the only option was to make one.

But rather than just be a repeat of the anime, Sword Art Online Progressive tells the in between stories. The events and overlying story are the same, but there is a lot in the anime that happens that is off screen. This manga fills that in, this time taking the viewpoint from the female hero Asuna.

If you liked Swort Art Online, this is a fun second look at one of your favorites. 10 years ago, a child wished for the destruction of the world. In this world, certain people have the ability to have their wishes manifest as special abilities, and the world was never the same.

Our hero, now grown up, is suddenly being targeted for what he did. The truth behind what his wish actually was is revealed, and he must now develop a new power on a mission to search for the truth. Hibinuma’s dream is to become a rock star. However he’s still in high school and gets booed off the stage at his monthly live shows due to insane lyrics, lack of talent, and just overall strangeness.

That won’t stop him.

Through his unpredictable and often bad luck, he turns every sour experience into a song and screams it for the world to hear. Eventually people start listening, and Hibinuma will make the world bow before his rock. Or at least he’ll try.

If you liked Detroit Metal City (and a bit of the vulgar comedy side), you will like this. Extremely funny, you can’t help but cheer on this underdog rockstar dreamer. 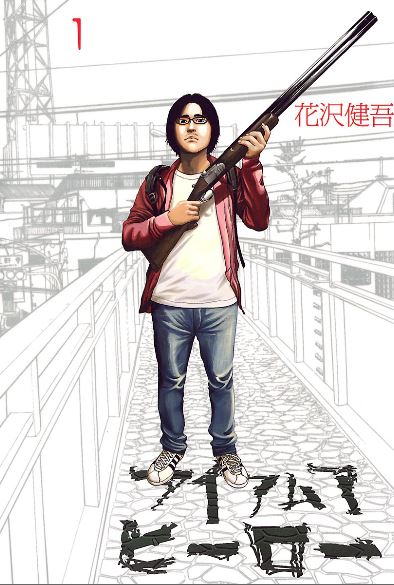 5 Manga You Will Be Dying To Know What Happens Next