Suspense and comedy can be a difficult combination to pull off well in a novel, but the 悪夢 (Nightmare) series does it brilliantly. Each novel is read stand alone (with a very loose connection to each other), where the protagonists are constantly drawn into a series of suspenseful, mysterious, and comedic adventures. These are incredibly fluid novels that you want to read from start to finish immediately. The language is easy to understand, the stories easy to follow, and you are in for a fun ride. If you like one, you’ll like them all. And the series is still continuing (I’m just listing my favorite 5 below) When you don’t have money, but need it, what do you do? Gamble of course!

In order to save a friend with money troubles, Maki ends up at the gambling mansion, an underground casino of sorts, where if you don’t win, you don’t leave. You must progress from room to room, defeating each dealer in order to receive the next key.

As Maki progresses, he finds that every dealer is using cunning tricks that he must see past in order to stop the ever growing debt that he is accumulating as time counts down.

A fast-paced battle of wits, is there really a way to escape the gambling mansion once you enter? Or is this the end of Maki? Unsuccessful entertainer Kuma thought being a mule (smuggling illegal goods) would be an easy job. He needed money and this was a nice and simple part time job.

His new task was straightforward. Deliver a bright pink Cadillac to a fancy hotel. So why is he now suddenly being targeted for death and chased by a strange high school girl? Could it be anything to do with the cocaine in the trunk that he definitely shouldn’t have opened to see?

Kuma isn’t going to get an easy pay day. If he actually gets through the day. With one push of a button the Ferris wheel will explode. The demand? 6 million dollars in ransom money, from the very rich family of one girl riding aboard. Will everyone make it off this Ferris wheel? Will this hijack in front of thousands of people work. And why a Ferris wheel?! Waking up in a stopped elevator can be startling. Especially when you are surrounded by a yakuza, a suicidal girl, and a cross dresser.

As each of them reveal their criminal pasts, our main character is in a pinch, as the elevator he is stuck in is in the apartment building of the woman he is cheating with on his wife. How is he going to get out in one piece, and what if this situation goes a lot deeper and darker than he originally thought? High school baseball star Toranosuke is a bit of a national idol. Known as the “sparkling prince” by his fans, he was invited to the house of his beautiful teacher Mina. Before he knew it, he was in her bedroom being seduced, the dream of any teenage boy.

Some unexpected visitors show up right when the mood gets right, and Toranosuke is forced to hide in the closet. This would destroy his reputation and his blossoming baseball career if a scandal like this were unearthed.

While waiting for the visitors to leave, everyone enters the bedroom. Hoping they leave soon, things turn for the worst. His teacher is murdered right before his eyes, as he peeks out from a crack in the closet door. Sex scandal and now witness to murder? Is there anyway Toranosuke can come out of this unscathed and keep his sparkling prince image?!

Know of any other suspenseful comedic adventures? 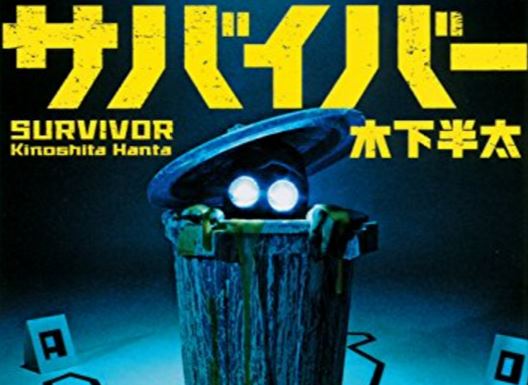