Japan’s Line. I finally made the leap over last year. I told you Mixi was great. Then I said move to Facebook for Japanese friends. But now it really is all about Line. As Japanese Facebook’s swift ascent and decline happened within a period of a few years, Line is victorious. And you’ve gotta keep up. I love Line. What does it have?

None of this is original. Other apps do all of the above. But it molds it together into such a beautiful Japanese manner. Line is 和(わ). Line is わびさび (Wabi Sabi).

Now there are a lot of reasons to use Line. But I want to focus on the ones that made a difference to me, who was both a loyal Facebook and Mixi user.

4. Free phone calls to other members

This replaced Skype for me and became a must have travel app.

3. Messaging requires only an internet connection

This saves the trouble with the standard SMS while traveling. It also became the easiest place to communicate with Japanese friends. This is something I never thought would be a draw for me.

And yet I’m addicted to these ridiculous stamps. There are dozens of free stamp packs where you can express everything with wild and crazy characters. You can have full conversations without ever requiring text. And then there are a large range of themed packs for $1.99 each. Want to be able to express yourself using Dragon Ball characters? I know I did. And so I bought it. And you might too. You may be laughing at me now, but just try it. Then we can laugh together, as I send you a silly stamp.

1. Currently one of the best ways to connect with Japanese people

If you want to connect better with Japanese people, this is where to do it. If everyone’s using it, and you’re not, where does that leave you? Exactly.

The above reasons are personal to me, and I don’t make full use of the app, so I’d be interested in hearing why you guys like Line. Maybe you can show some of the cool features of Line that I haven’t yet made use of. 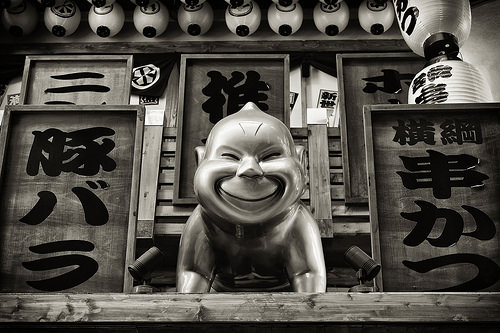 When Japanese People Speak Strange Japanese to You