Hey everyone! So cool to be able to submit and try and give back in a small way to the awesome community here. My name’s Bradley and I’m currently two months into my own language learning journey, but I’m 1/3rd of the way to my goal of learning it in 6 months. “Wait, 6 months!?” Yep, you heard that right, crazy stuff (like seriously crazy stuff which you can read on the blog linked above).

That said, I’ve spent a lot of time in Jalup (made it through beginner and kanji kingdom), and I’ve found some quirks (or features :P) that make it more powerful and want to share them for those who are starting or may be further along needing new ways to challenge themselves.

This isn’t an “I’m a guru” post, but a sharing of some techniques that helped me and I wished I was able to read at the start. So, without further ado, here are some tips to help make your journey easier and more enjoyable.

Truth be told, I didn’t want to learn kanji. I really was resistant to it and didn’t start until I was a month and a half in (which is like starting 9 months in for normal speeds). What helped me shift to “learning” them though was when a friend gave me a kanji book and the author wrote something along the lines of “learning kanji makes Japanese as accessible as any other language.”

It kind of blew my mind as I realized that if I could understand what a kanji was trying to tell me, the whole process would be as easy as if I was trying to learn Spanish. I got excited and started learning that day, but not 20 minutes in and I hit a wall, the same one I always did.

It’s too much info. Having to write it, pronounce it, and understand it all while trying to do that 2,049 more times!? Sure, (水) means water but (濃) means concentrated?? Oof. I wanted to give up there and just go back to slogging it with the sentences. But that quote nagged at me, I wanted to make it easier but what could I do to get through this hurdle?

Break it down. The basics of language learning say, “Massive input is needed for output”, which got me thinking, “Why try to output (draw or pronounce) them when I haven’t even seen them enough times to know what I’m looking at?” I then took it a step further. The only thing you need in the beginning is to know the meaning as you naturally learn the pronunciation and uses of the kanji through exposure (a fancy word for input).

So that’s what I did, and what I recommend. I learned the kanji and keyword and then in reviews would cover up the word and look only at the kanji and then would check if I got it right or not. Doing this gives you an anchor with the kanji so even though you know almost no Japanese, you have a foothold. Now, when you’re looking at a sentence for the first time and don’t know anything, you have the kanji (your new friend) sitting there saying “hey, remember I’m keyword ‘x’ so this sentence probably has something to do with that!” Fear eliminated.

2. Iterate on your Kanji Meanings

When you are learning Kanji (no matter the method), it’s important to see the building blocks but to know that just because a building block means “x” in one kanji, doesn’t mean it can’t also mean “y” in another.

Most stories we create, struggle because we don’t want to expand our building blocks to fit more use cases. However, kanji are wild and sometimes seeing the same “block” that worked for the first instance not working for others can be a sign that you should “update it”.

My moment of clarity came when I had been using the left hand “B” looking character to mean building in (防) “prevent,” (as in “prevent the building from falling on you”) but realized building wasn’t cutting it for a lot of the later ones.

In this case, I “updated” it to mean “mound” (specifically a small mound with a giant hole in the middle (think Thor’s hammer on earth)) and have found it works a lot better for other characters like (陥) “Fall into (a mound)”, (降) Descend (into the mound), or (陣) Military camp (thinking they’re camped at the top of a mound). At least, it’s way easier than “Fall into a building” or “Military camp in the building” ahaha.

These examples may not work for you and this isn’t really anything too profound, but it is a reminder that Japanese is weird and that what works for some kanji doesn’t work for all. So, keep trying new stuff to see what works!

This is a killer tip and one I wish was promoted more. At the top of Jalup is a search bar. For a while, I only used it to search for a kanji or specific sentence whenever I wanted to for various reasons. However, when I was deep in the trenches of Beginner, I felt extremely lost and was marking many sentences wrong (over and over and over).

It wasn’t because I was dumb, but my brain hadn’t had the time or exposure needed to distinguish between certain verb endings or “add-ons” (like たく being “want”). So, rather than give up, I said “what can I do?” Search bar! That’s what I can do.

If you type into the search bar “casual” you’ll get all the casual endings, or “polite” for polite ones. you can even search “たく” to find it used in several places. The best part of this, is that you’re seeking clarity on a specific area and you get lots of examples that you have to puzzle together. (Yay for games!) It’ll help you understand, and you feel like you accomplished something; wins all around.

4. The Listening Section is Also the Speed-Reading Section

If you mute the listening section and look at your phone, random Japanese phrases (that you’ve learned) appear really quickly. You can mess with the settings to decide how long before you see the next one (like a 5 second shadow period) and even limit how many are shuffled in (range of 25?) and then have at.

You’ll be speed-reading in no time.

And if you don’t know how to say something, just turn up the volume…they say it for you!! Haha. As a bonus, you building your reading skills increases all your others.

5. Use the Buttons Right!

Adam does a great job going in-depth about the app here but I really wanted to highlight two buttons in the app: Good and bad. Specifically, did you know there are 4?? If you hold the two, you unlock “see sooner” by holding the red one, and “see much later” by holding the green one.

Why is this useful? Most of us know 食 (to eat), which means that when we see it in Kanji Kingdom, we don’t need to see it as frequently as the others that we’re learning. What to do? Hurl it into the future by holding that green button! Best part is, like a good SRS does, it’ll bring it back up, so even if you shouldn’t have, you’ll see it again.

And for those we struggle with, it’s good to see them sooner, more practice, right? So, hold that red button and you’ll get more out of Jalup and your studies. (If you use anki, lucky you, this tip is already there and working for you!!)

You are starting a journey that many have gone on before. You know nothing. I say it as a friend encouraging you to throw aside your pride and to trust that what is recommended, is for a reason.

I personally struggled with this as I refused to want to learn the Kanji the “traditional way” of attaching an English word to them. It seemed dirty especially when I wanted to get to J-J faster. The funny thing is though, in me learning the meanings (as I recommended above and did myself) it’s made it significantly easier and more fun to study.

I realized that no one before us looks back to give advice saying, “you’re dumb and should stay there”. No, they give advice to say, “I thought that’d be faster too, but it wasn’t, do this.”

Jalup was designed with you in mind. Trust that it was designed to make you fluent and that on the days you think it won’t, it will. Trust those who are fluent to help get you there. They’re here for you (and me haha, we’re getting there together!)

All these tips help to speed it up and get more out of your study time but remember to have fun! It’s a process, not just a goal, and one that when you’ve finished, you’ll wish you could start over. Use these tips to speed it up or improve that process, but don’t forget that you’re here to have fun. Enjoy what it is you’re learning. Enjoy it so you can look back and smile. You will become fluent.

Hopefully these tips help and encourage you to try new things. What are some quirks you’ve found? Let me know below (I need all the hacks I can get :P) And if you want to cheer me on feel free to hop over to my Language Challenge. Thanks! and “Keep Moving Forward” – Disney.

I like to write things ?. Fun things, challenging things, stupid things, and all the things in-between. Such as how “things” suddenly sounds weird in your head cause I pointed it out. 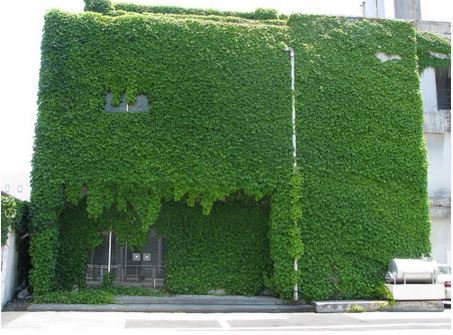 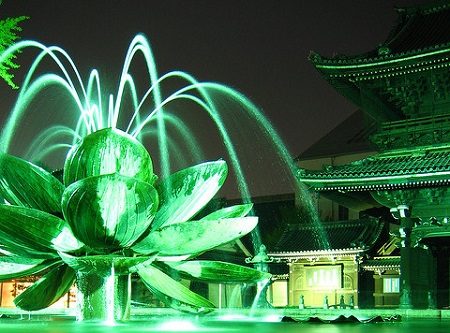 How My Reason for Studying Japanese Evolved