Training to level up. When it’s in anime, you love it. When it’s real life and learning Japanese is involved, you hate it. Think to some of the most popular series:

Dragon Ball: Half of the series revolved around the characters training. Sometimes for years at a time, nonstop. The more difficult and ridiculous their training was, the more interesting and exciting you found it. The more they suffered, the more emotional the scene was. 50lb turtle shell on your back delivering milk for 5 hours in the morning through the mountains? Working out in 10x gravity; 100x gravity?  1 year in a room that freezes if you walk out too far?

Naruto: Years of training while frequently being told that you will never succeed; facing the impossible, always on the verge of giving up, and constant tears. At what one point if he messed up, he would’ve turned into a frog.

Bleach: Doesn’t the main character actually die during training because of the intensity of it, but because the results of his training were so awesome, he comes back to life?

This is good stuff. You are moved by it. It can bring a tear to your eyes.

The second that you are placed in the role of all the heroes you have watched, you insist on uttering the following:

“I’m not enjoying it”

“I have too many Anki reviews to do”

“J-J sentences are too difficult and take too much work”

“I don’t understand anything I’m listening to, I need subtitles”

And in the words of your favorite anime heroes, here is what they would probably say to you:

お前はそんな簡単に諦めるのかよ！？ (Are you gonna give up so easily?)

Start visualizing. Remember your heroes. Remember that training is not always easy. Remember that if you want to be great, you will have to work for it. Remember what they went through. How fun would it be if a hero trained for a few days, with no real hardships, and won. Boring. You wouldn’t watch it. You are living right now what your favorite heroes went through. Use this to push you forward.

Stop. Now I know what we’re talking about is anime. I know this is fiction. That doesn’t change anything. Fiction comes from the real world. All the fights and struggles that real people have faced in the real world are sources for fiction.

Go to real people out there who are trying to master something. Anyone who has ever been great in anything:

They train and train.

You are lucky though. For the most part, you can have a lot of fun with your Japanese studying. But it can’t all be fun. However, all the non-fun parts are used towards making the fun parts that much more enjoyable.  Regardless, be happy that after your daily hard training with J-J in Anki, you can go and relax and watch some J-drama. At least you don’t have to cut a waterfall in half with your bare hands, or punch rocks for days on end until you can pulverize them with a clean hit.

But I want to hear from you. What was your favorite anime (or movie/book) hero’s crazy training like? Help motivate others and show that adversity isn’t something to be avoided, but to be welcomed. 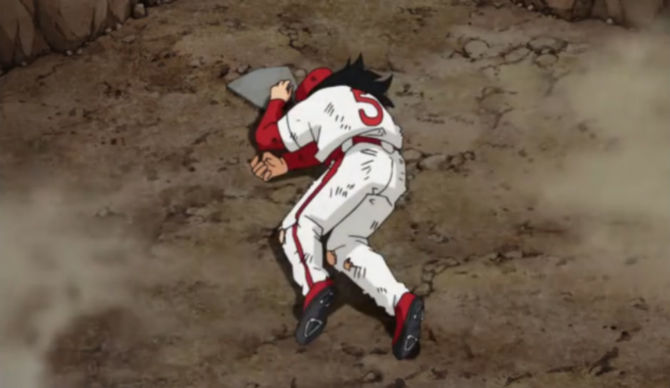 Are you the Yamcha of Studying Japanese?