Japanese translator sounds like a straightforward job. You translate. You get paid. Then you party (Japanese style). This is where many people start. If you are interested in translating, the assumption is the best way to get experience is to just volunteer your translating skills into what interests you. The most common type is someone who is translating manga, anime, and anything else that you like and would want to be doing anyway. You most likely will receive no money, but a lot of people like to get their feet wet a bit by starting out with this.

The great thing about volunteer freelancing is the bar is often set low, and you can use it as a learning experience. People aren’t paying you so there is less pressure. You can quit anytime. You are expected to be in learning-translator mode, still developing your skill (though some people expect volunteer translators, especially when it comes to manga or anime translations, to produce absolutely perfect masterpieces every time despite doing it for fun). This may be exactly what you are looking for. You perform specific work for specific people or companies, and they pay you based on that work. This can range from a few short pages, all the way up to a 1000 page manual. You get paid either by the word, or by the hour (more on this in a later post). You build your reputation, one step at a time, and have the freedom to work anywhere.

There is one major distinction (at least in the U.S.), that depends on the way you are hired. A freelance translator is either hired as:

A. An actual freelancer: you have to pay self-employment tax (social security and medicaid), and file quarterly taxes, or
B. An employee: the employer handles the taxes, and you are treated in the same way as though you worked a normal job at the company.

The work is the same. The way you get paid is different. In case you are unfamiliar with this, it’s significantly more advantageous to be an “employee” freelance translator. A company will bring you in to work on site at their office, for a varying period of time (days to months to sometimes even years). You are a temporary employee, you have normal work hours, possible overtime, and must sit in an office. You get a normal salary (this may be by the hour or a set salary) and your taxes are handled normally. Sometimes you can enroll in company programs such as health insurance, life insurance, commuting benefits, etc. Sometimes you’ll even get sick and vacation days.

Once you finish whatever project you are working on, you are done with the company.

This is the same as number 3, except you are a regular full time employee of the company. This is your job. Your career. You most likely will get more benefits, and will remain at the company for a long period of time (or not, if the place is terrible). I’ve done the first 3, so I can only talk about those.

Being a volunteer translator is a great way to get started just to see how things work, and to actually use translation in a setting where other people are looking at your work.

The pay for an in-house contract translator is usually higher I believe (though it can vary greatly by field), and it is nice to interact with people in your field, make friends, and have a place to get out to. But sometimes you end up in a bad working environment with people you don’t like (just like every other workplace in the world). When you work from home, this doesn’t happen. The only thing that happens is you, your pajamas, and your desk.

What’s your experience? Which one would you rather do?

For the translators out there, which have you done? Which do you prefer?
For the aspiring translators, which one sounds the most appealing to you? 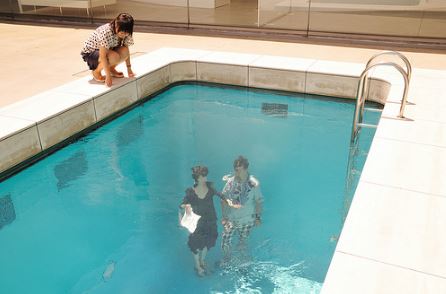 Becoming A Japanese Translator: The Zone