Money! When you start thinking about your future, and what the “way of the translator” will bring to your life, thinking about money is inevitable. Will becoming a translator leave you poor and eating instant ramen 3 times a day? Or will it allow you to buy an island in Japan where you can retire? Ways to Get Paid

A Japanese translator is usually paid in one of 3 ways depending on what type of translator he is. Rates will vary greatly depending on expertise, location, market conditions, and experience, so the below are just some of the broad range of rates I’ve seen.

The simplest of all methods of compensation is the straight forward salary.  You receive a set yearly salary and benefits, typical to any other standard employee job. You always know how much you will be getting, so there is lower risk and pressure, and typically your salary will go up over the years while remaining at the same company.

You get paid per word you translate. The more words you translate, the more money you make. This is high risk, and contains a large amount of undercutting the competition. If the material you are translating is taking a long time, you make less money. These jobs are usually acquired through bidding (you make a bid against other translators, stating your price per word count). Because of this, people will often try to win a bid by giving a cheap rate, making it hard to find work unless you either have the reputation or try to undercut yourself. You get paid per hour of work. Work fast, work slow, the pay remains the same. You know how much you are making, but since you are under a temporary contract you don’t necessarily know how long it will last.

The amount of fully fluent Japanese translators is a much smaller pool than most other languages, especially when it comes to English native translators (there are exponentially more native Japanese translators). It can be hard in the beginning, with a lot of competition. But as you grow, gain experience, and make connections, doors open up, and so does your salary.

You won’t become rich being a translator, but you can live a nice comfortable lifestyle depending on what path you choose.

Becoming A Japanese Translator: The Zone 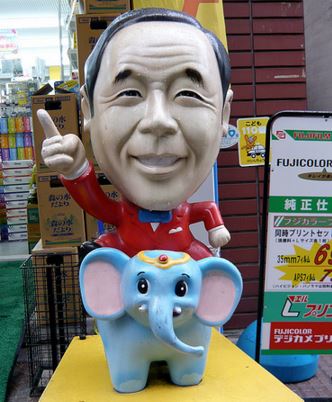