Thanks to the internet, we don’t have to be in Japan to immerse ourselves in the language. From all the entertainment at our fingertips to making friends from Japan online, we have the abilitiy to create a little Japan of our own to learn and grow from. The only thing that stands in our way are all those little distractions out there chipping away at you whenever you set out to spend some time in Japanese.

You know them quite well. The ones at the end of our fingers itching to be typed, that perhaps you’ve already given in to a dozen times today without even consciously thinking about it. The ones that were being shared by friends and family, that can distract us for hours on end. And for the Japanese learner, it is often any website in English.

So what do we do to keep focused?

Distraction blocker! Which is a web tool that helps us take control of our routines. A lot of people use them for to focus on work, but you can use them to focus on Japanese.

These distraction blockers are most common browser extensions:

Each of them has their own set of features that separates them from the rest, such as wildcards (character that will match any character or sequence of characters in a search), implementing the pomodoro technique (timer used to break into work intervals), syncing capabilities, the ability to block your extensions page, passwords, etc. You can also use more than one distraction blocker at a time to get what you’re looking for.

The most important decision you have to make is choosing what to block, what to allow, and when. But the fun part is molding your Japanese environment on the web. Allow the .jp and jp. addresses

Put .jp in your allowed list and have access to all the .jp websites. This requires an extension blocker that uses wildcards. Typically written as *.jp and jp.*, depending on your blocker’s format. Make sure you’re doubling up on extension blockers if you’re going this route! Use the other extension blocker to block websites that can be given a .jp “mask”. These are the websites that are in English, but also have .jp addresses. For instance, any blogspot can be viewed if you just change the ending from *.blogspot.com to *.blogspot.jp.

The most important .jp mask to block on your second blocker is translate.google.co.jp because of the “translate this page” feature. Not only will it let you view any site in poorly auto-translated Japanese, it also lets you view the original page in its original language, still under the .jp mask.

The simplest way to block the masks without any hassle is to just have the second blocker on all the time and forget about it. You can still view the masks under their .com masks after your scheduled distraction block is lifted.

You are going to need some Japanese website versions to replace the distracting English ones.

Whenever you’re about to go to an English website you visit often, try to see if they have a Japanese alternative or to think of a Japanese site that’s similar to replace that site and bookmark it.

Allow sites you want to focus on

Perhaps you want to use the blockers to focus on a certain theme, such as reading manga. Create a list of sites that serve this purpose and add them to your allowed list. Here’s a list of sites you can use if you wanted to focus on reading manga:

You can also do the same thing to allow yourself to share to the site, such as for twitter: twitter.com/intent.

Block all websites except the ones allowed

To block out all websites except those on your allowed list, either use a blocker that has a wildcard or one that has the option to block all other sites.

The wildcard would typically be written as * or .*

You may already know what your key distractions are. If you want near unlimited access to all that’s Japanese, then just block the websites that are most distracting to you. A lot of blockers track how you’re spending time on the internet, and you can also check their tracker to see what websites might be causing you a problem too after using the blocker for a while.

There are four options here: 1) be on a schedule, 2) allow a maximum time per day, 3) do lockdowns or to 4) have blocks on all the time.

If you don’t like the idea of sticking to a schedule and want to choose your own time to immerse yourself, most blockers have a lockdown feature in which all other sites, except those on your allowed list, are allowed for a set duration. You can also use this in combination with your schedule.

If you’re daring you could have the blocks on all the time… This could be useful if you’re trying to kick a habit, such as trying to look at kotaku.jp instead of kotaku.com.

Most blockers also allow you to put a maximum time allowed on your block sites per day. That way you can only access those distracting English sites for so long, so that you can still get your fix, but are encouraging yourself to spend more time in Japanese.

Narrow down the sources of distraction

You can either make a block for every browser you have, or narrow down the browsers you use, which is the easier option. Testing out your blocker

Make sure to test out your distraction blocker for a period of time before you set a strict block. You don’t want to end up being accidentally blocked from all websites 24/7 and having to uninstall your browser.

Some blockers, like WasteNoTime, require you to set the amount of time allowed per day to go on blocked websites outside of your set hours. Make sure to set this time as 1440 minutes (24 hours) to ensure that you won’t be blocked outside of the times you’ve set.

After you’ve tested everything out, you may want to strengthen the blocker to prevent yourself from just disabling it or removing it easily. I’ve been using a distraction blocker for a month now to keep focused at my translation job and am my own worst enemy to figuring out how to get around the blocker, you know, as research for this article (<_<)… So here are the weak spots to focus on!

Almost every blocker will at least have a challenge, a string of words or even paragraphs you have to type to be able to change your settings. I didn’t find these to be enough… they’re kind of fun.

So I recommend going with a long password. Make it long as those 32 or so character challenges so you can’t remember it. Then, give the password to a family member or friend and delete the receipt. You could even not give the password to anyone, if you’re brave enough. If you lose your password, just delete the extension while the block is not enacted and start over again, which leads me to my next point:

2. Block Yourself from Disabling It

Some blockers only have the ability to block http:// sites, and for that reason, you might want to either go for a blocker that can block outside of that range so that you can block your extensions page. If you’re keen on a certain blocker, you can also double up on blockers and have the second blocker just block that page for you.

Ready to block out all your distractions and go full on Japanese?

Have you ever used a distraction blocker, or are interested in trying it? Have any other ways to block out distractions? What are some Japanese versions of websites you’ve replaced the English version with? 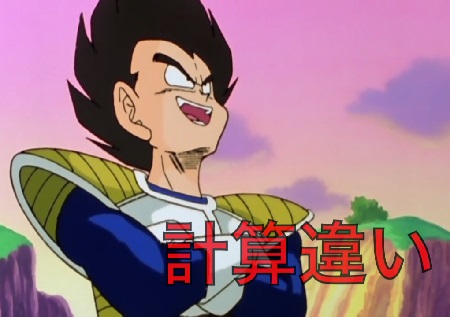 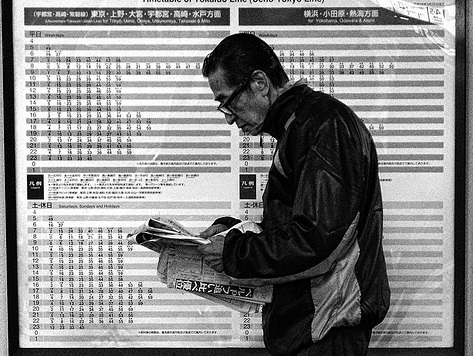