You’re an MMO player with a passion for Japanese. You’ve successfully converted World of Warcraft into a Japanese learning environment.  Now you want to meet and talk with Japanese players who are as excited about the game as you are. What’s your next step? Despite language and technical barriers, World of Warcraft is home to a thriving Japanese community. A couple of servers in particular host large, active Japanese Language Guilds. The easiest way to find them is by visiting guildpower.net, a Japanese guild directory of sorts maintained by volunteers. Here you’ll find a list of registered JP guilds and a treasure trove of info such as:

As of my writing this, Proudmoore(PVE) and Blackrock(PVP) are by far the most active servers for Japanese players, so that’s probably your best bet, especially if the time difference is an issue for you (more on that later).

Knowing where to find Japanese players is one thing, but getting to know them is another. If you can, I strongly recommend joining a Japanese language guild. Not only will this allow you to get involved in activities and make friends more easily, but it also gives you the chance to learn by simply watching guild chat (and jumping in when you feel up to it!).

The first thing you’ll want to do is research. The aforementioned guildpower.net lists most of the guilds’ official websites – just click on the guild name in the list, then on the following page look next to 「ギルドHP」to find it. From there, you can read up on their rules, recruiting policies, and so forth. You can also find out how to apply for membership, and which officers to contact in-game about recruitment.

I was very nervous when I reached out to a guild the first time, but it ended up being a good experience. They were super friendly and were happy to answer any questions I had. I even got stuck at one point for lack of vocabulary, and they quickly got ahold of an English-speaking officer to help.

Once in, I was greeted warmly by a bunch of people and got asked all kinds of questions. What part of America are you from? How did you learn Japanese? How long have you been playing? And so on. I struggled to keep up, but I had a great time and went to bed entirely too late.

The days and weeks since have been pretty normal. We talk about all the same game-related things you would in other guilds, except with Japanese mostly replacing English. Sometimes the conversation goes a little over my head, but I learn something new every time.

Depending on the guild, you may also find that there are other Japanese learners to talk to, or even foreigners living in Japan who don’t speak Japanese, but are happy to talk about their experiences there.

What to Watch Out For

Two quick warnings before you dive in.

1. The difference between your local time and JST can be a problem. If you’re in the US, Japan’s prime playtime is your prime sleeptime. You probably won’t have much overlap with your new friends’ play schedules on weekdays. I still manage to have fun despite this, on weekends especially, but I’ve also accepted that I may never be able to attend a raid at 10pm JST.

2. Keep in mind that while you’re there to have fun learning, most everyone else is there just to have fun. Try to not treat your new friends like free language tutors. That’s not to say you shouldn’t ask questions about Japanese (they’re great conversation-starters!) – Just be a little bit careful not to overdo it.

In my experience, guild chat occurs mostly in 丁寧語 (polite form – です・ます etc). This isn’t an ironclad rule, but it’s a good place to start until you feel comfortable straying. In the case of party chat and whispers, it varies a lot with how well the participants know each other. Use your best judgment and don’t be afraid to err on the side of polite if you’re unsure.

Japanese players lean on English terms to talk about game-related things much more than you might expect. This is a huge advantage when trying to communicate, so don’t be afraid to leverage it. Some types of things that 英単語 is used for:

You’ll see these appearing interchangeably in original English as well as Katakana forms, but either way it’s the most natural way to talk about the game in many cases.

A few common things whose meaning may not be immediately obvious:

Give it a try!

If you decide to take the plunge and join a Japanese guild, I hope this information helps you out. It’s a big challenge, but also a great opportunity to learn and make friends. Good luck! 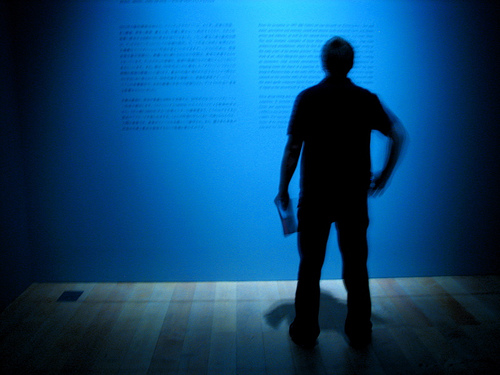 7 Bad Excuses People Give why they Can’t Learn Japanese 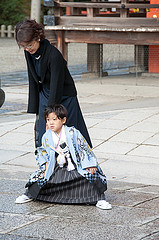