I’ll never forget my first Japanese convenience store experience (everyone has one). I had just arrived in Japan, it was late at night, and this was the first thing that really let me know I was actually in Japan.

So I was excited to hear about the Japanese best seller book, コンビニ人間 (Convenience Store Human). I had first heard about it on アメトーーク, through an episode called 読書芸人 (Reader Entertainers). The show was about popular entertainers in Japan who loved reading novels. Who am I to pass up a recommendation from them? The book was awarded the 芥川賞, the Akutagawa Award for literature. People in Japan joke about this, because it is often a sign the book is boring. Maybe it is literary worthy, but it’s probably not fun to read. But the reviews on Amazon were great, and people were specifically pointing out not to be misguided by its award.

I bought it on Kindle and was excited to dig right in and get in a good amount of convenience store reading. Keiko Furukura, 36 years old, has worked at the same convenience store since she was 18 years old. She’s never been married, never had a boyfriend, and never bothered trying to find a career after graduating college. She eats every meal from the convenience store, all her dreams are about the convenience store, and her entire world revolves around it. The world may criticize her and question the meaning of the life she’s chosen, but she’s happy and fulfilled. Will her life ever change or is this her “true path?” コンビニ人間 has a strange appeal. It starts off taking you through the life of Furukura, and her daily routine working at her 天職 (heavenly profession). How thrilling could this possibly be? For some reason, the writing is almost hypnotic as you become a part of her world. Most people have never thought that much in depth what it is to work at a convenience store. It’s just a simple job after all, right?

The book continues into her weird past, and how she ended up where she is. You discover her warped, but relatable way of thinking. She is pure, and so happy. It doesn’t matter to her whether the world or accepts her. She has the convenience store… Why change when you don’t feel you need to?

While action is minimal for the first half of the book, eventually a new part-time worker joins the convenience store, and threatens to mess up everything she has built up for herself.

A lot doesn’t actually happen in this book. But it makes you think. About someone with a life completely different than your own. Not everyone has to think like you do. It’s a pleasant ride to the end.

Maybe one day you might even become a Japanese Convenience Human? (probably not…) Until then, you can enjoy the hundreds of comedy sketches that revolve around convenience stores. 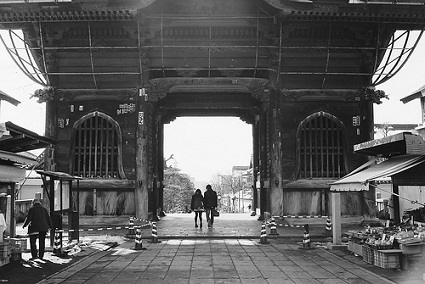