Everyone wants perfect sounding Japanese. No one wants to be told “your Japanese is great… but it sounds like a foreigner.” In your movement towards better Japanese, you will pick up mistakes. No matter how careful you are, mistakes will happen. And once they dig their claws in you, they can be hard to pry out of you, or even notice that they are there in the first place. Most likely you’ve followed two approaches to shaking yourself of these unwelcome visitors.

1. Have other people correct them for you. Directly telling a friend, teacher, other person to let you know if you say something wrong.

2. Self-correct. Watch enough Japanese TV that you start to naturally pick up things you’ve been saying that are wrong.

But I’ve recently and unintentionally discovered a third, interesting option, that you may not have thought of as a tool before.

Variety shows are a major boon to most Japanese learners because they usually have Japanese subtitles. For anyone in the intermediate stages and up, this handicap allows you to watch Japanese TV over your current level.

One type of variety show takes this even a step further:

Variety shows where the topic is foreigners.

This has been very popular especially in recent years where they feature foreigners who speak Japanese.

Now at first you may be thinking this is actually what you should avoid. Most foreigners that appear on these shows are not fluent. Their Japanese has holes. Sometimes it can be really bad. Listening to other foreigners’ bad Japanese may rub off on you, which was a concern some readers on this site had which discouraged them from talking in Japanese with other foreigners.

But then steps in the golden combination for the win.

Just like all variety shows, the foreigner spoken Japanese is also subtitled. And most importantly, the subtitles foreigner Japanese gets are the correct versions of their mistaken Japanese.

If a foreigner says something wrong, the subtitle replaces it with what they should’ve said.

The benefit is obvious.

Foreigners make similar mistakes. Most likely the mistakes that you have unknowingly engrained in you are the same mistakes others have. While you may not notice it on yourself, subtitled foreigners will immediately reveal that something is a mistake.

And that’s a victory.

4 major currently running variety shows that focus around foreigners speaking Japanese that will allow you to make full use of this technique are: Any other good Japanese speaking foreigner shows (past or present) you want to add to the list? 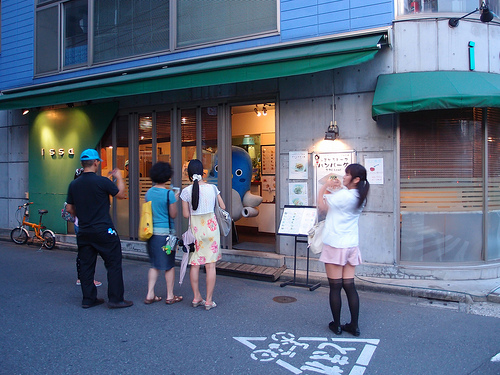