There is a bit of a debate as to whether anime is a useful tool for studying Japanese, or just something worthless that will get in the way.  I know a lot of people start studying Japanese because of anime and manga.  Good for you.  You should study Japanese for whatever reason you want.  I watch the occasional anime, and I think people need to realize the study value of it. What the naysayers argue about using anime to learn Japanese:

Argued:  You’ll learn useless Japanese phrases that are never really used in real life.  Why do you need to learn phrases like 戦闘力8000以上 (His power level is over 8000) or 影分身の術 (Shadow clone technique)?
Debunked: Okay, yes you probably will never need to say “shadow clone technique” or “his power level is over 8000” in a conversation.  But I guarantee you will need to know the words shadow, clone, and technique as well as the words his, power, level, over, and 8000.  All the strange set anime phrases are made up of normal words that you will constantly use in other situations.

Argued:  Phrases from anime are made up often and are not real Japanese.
Debunked:  Yes there are phrases made up all the time.  For example Goku says おら for “I” and Naruto says だってばよ to emphasize a point.  Guess what, people make up phrases all the time in their own language.  Sometimes it is cool and catches on, sometimes it doesn’t.  You never heard someone who “lolled at epic pwnage”?  It’s useful to see made up phrases because native speakers make up their own words all the time, and you want to sound like a native.  Also made up words are usually just derivatives of real words.  だってばよ comes from  だってば which comes from ってば (which is used to emphasize a point).  おら comes from おれ(meaning I).

Argued:  The spoken Japanese doesn’t sound natural, and if you copy it, your Japanese will sound strange.
Debunked: Sometimes characters speak in low, high, exaggerated, or strange voices.  Guess what,  the same thing happens in movies and TV shows, and of course in real life.  Not all anime characters do this, and trust me you won’t be confused into thinking that the villain’s voice is a natural way to talk and then try to mimic it.

And guess what, Japanese dubbed movies/TV shows use the same voice actors as anime.  If you are going to bash anime as a learning resource, might as well bash these sources as well.  You know what, you also might as well just avoid movies and TV in general, because we all know how realistic dialogue can be in them.

Argued:  Anime Japanese will affect/harm/get in the away of real Japanese.
Debunked: When you were a kid, and all you watched were cartoons, did that ever get in the way of your “real” English?  And anyway, what is this “real Japanese”?

Argued:  You need to use textbooks and attend classes to master Japanese.
Debunked: This is more of a general statement, but usually people who criticize anime as a learning tool are obsessed with classes and textbooks.  These people usually will never reach more than a classroom Japanese level, which is really about a low intermediate level.  I have nothing against classes or textbooks, but they are only one source of learning, and in my opinion not the top source.

Anime is also difficult.  You’d think a cartoon would be easier to understand, and therefore maybe not “real studying”.  But anime is harder to understand than most dramas, movies, songs, textbooks, and classes.  Why?  Because of all the reasons mentioned above.  Anime uses many different dialects, different types of voices, words not commonly used, words set to a very specific genre, and made up words.  If you can understand anime well, your Japanese is probably very decent.  Those that attack anime usually can’t undertsand anime themselves.

Reasons to use anime as a tool in learning Japanese:

Let’s get into some reasons why anime is great to learn Japanese with.

1.  Anime is fun.  They are like movies with unlimited special effect budgets.  Why deprive yourself from a source that is going to continually motivate you to master Japanese.

2.  Do you ever plan on talking with a Japanese child and having a clue what they are saying?  You need to know some basic anime.  Japanese children use phrases from anime all the time in their daily conversation.  I always find it amusing that the “textbook learners” can have conversations with adults, but can’t come close to talking with a child.

4.  Jokes stem from cultural references.  If you saw someone eating a bunch of spinach and said to them “woah, Popeye, ease up there”, would you understand it?

5.  Anime is easy to get.  There is an abundance of it.  This means that you can sort through it all and find stuff you really like.  You don’t have this ability with movies and dramas which are more limited and harder to find.

How to use anime to improve your Japanese:  Guidelines

There are a few guidelines I would like to set that should be followed if you want to use anime most effectively in your Japanese studying.

1.  Spread your genres out.  The wider variety of anime you watch, the more useful it will be to your Japanese.

2.  Don’t just watch anime 100% with nothing else.  You need a variation of anime, manga, novels, movies, TV shows, comedy, and music to balance out your Japanese.

3.  You cannot watch anime with subtitles.  Let me repeat this, no subtitles.  This doesn’t just go for anime, but also for movies and tv shows.  If you are watching subtitles you are not listening to Japanese, you are reading English. (Update): See the pros/cons of using English subtitles to watch anime.

4.  Once you are done reading this post, don’t bother arguing it with anyone.  People love arguing about the “correct” way to study a language.  Use that time for something more productive.

So there you go.  I hope you feel better about using anime as a Japanese study resource. 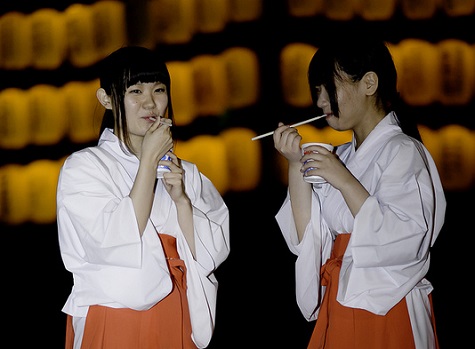 Should You Learn And Use Romaji? 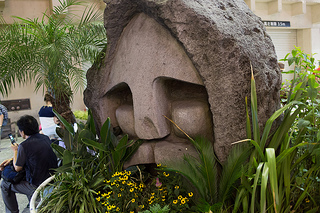