If you’ve ever watched some amount of variety shows, you’ve probably seen these two. They are especially popular with foreigners because they host the Japanese show with the most foreigners on TV, YOUは何しに日本へ？You have the taller (?) cool guy, Shitara Osamu on the left, whose name you will probably have trouble remembering. You have the unforgettable face of Himura Yuki on the right.

An unfortunate trend when comedians get popular in Japan is that they stop doing what they used to do which brought them so much success. These guys were the kings of sketch comedy through the 90s and early 2000s. They specialized in long sketches, ranging sometimes up to 20 or 30 minutes. They created intricate detailed comedic stories, which could almost be mini theater productions, and masterfully carry them out the entire way through. They switch back and forth between Tsukkomi (straight-man) and the Boke (fool), and sometimes their acts completely throw out the mold altogether.

Answering machine: Shitara has been trying all night to contact Himura, as he needs help with his unfortunate turn of events that one wild night out has caused. Himura finally comes home to dozens of surprising and ridiculous messages.

Japan population control ranking number: In the near future, due to overpopulation, Japan has implemented a ranking system. All human activity is monitored, and depending on how your life is lived, you get ranked for your worthiness of surviving. Once your ranking goes below 100,000,000, you are killed. Himura’s rank just hit 99,999,997. Luckily a member of the Ranking System (Shitara) just happened to be his Himura’s old pal from high school.

Time-travelling name change: Having the last name Aho (fool) isn’t easy. Shitara decides the only logical way to change this is to use a time machine to travel into the past to warn his ancestor not to take on this name. But with his explanation of a タイムスリップ (time slip – time travel) turning into a タイトストリップ (tight strip), it looks like it’s going to be hard to convince the original Aho. Goto Terumoto (right) and Iwao Nozumu (left) make up this great sketch comedy duo that gained popular in the early 2000s. You may have occasionally seen them on a variety shows these days, but I think their duo has pretty much faded away unfortunately. Iwao Nozumu’s “Boke” act is incredible. He looks the part, plays the part, and Goto has a seemingly perfect Tsukkomi connection with him every time. They are involved in more realistic situations, but add silly twists that result in hilarity.

ET won’t go home: An obvious parody of ET, Iwao tries to send off a little alien back into space, but can’t figure out why he won’t leave. The alien just repeatedly keeps saying バイバイ (bye-bye) over and over. How can he get him to leave? Luckily his friend Goto has some interesting ideas. Omura Tomohiro (right) and Fujita Kensuke (left) in the mid-2000s were a fast-talking, witty and always on the edge comedic duo. With Fujita’s unforgettable afro, these two were everywhere, and their sketches were always on top. They are still around these days, but have gone a little bit into obscurity. Out of this list they are probably the hardest to understand due to very clever word-plays and machine-gun talk. But if you can follow what they are saying, you are in for a real surprise.

Speed-up: Why do things slowly, when you can do them fast? They take you through a bunch of situations in life (getting a haircut, eating at a restaurant, etc.) that would just work better faster… or would they?

Goal reversal: Honmatsu Tentou is a Japanese phrase where you are going after a particular goal or aim, but through trying to accomplish it, you end up with the opposite effect. For example, you want happiness. So you work hard to earn money to gain that happiness. But you end up getting a job you hate to earn that money which results in massive unhappiness. Or you want to lose weight so you diet very strictly. But because your diet is so strict, you have a lot of stress, and then you end up eating more due to that stress.

Fujita tries his hardest to explain how to use this phrase to Omura.  Every time Omura tries to grasp it he turns the goal reversal into a further reversal destroying the meaning of the original phrase. 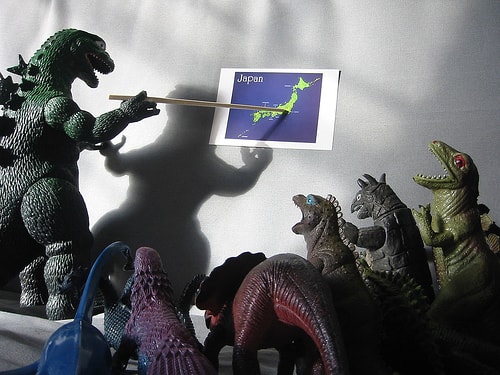 Ikegami Akira – Bringing the News Within your Grasp 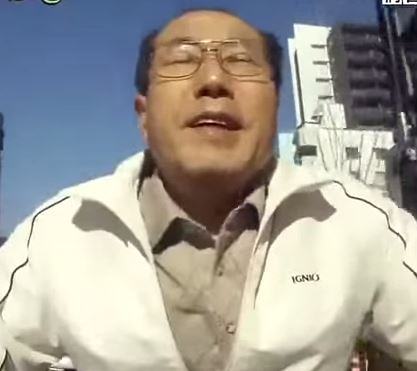