About a year and a half into my studying, I started meeting with a volunteer teacher (in training) to practice Japanese conversation at the local international center in Chiba. She was young, energetic, and quite far from the standard Japanese teacher image. We mostly just talked for 2 hours a week, and I would bring in whatever burning questions I had or things I absolutely needed to know.

Most of my questions were of the same annoying type.

What’s the difference between (two similar words) X and Y? I would have a long list of pair words that I had come across naturally through books and TV, which I couldn’t understand the nuance. At the time, I hadn’t yet started using a J-J dictionary, and a J-E dictionary often only provided the exact same meaning in English. The teacher would stumble a bit, because I was picking difficult to explain words that required specific situation examples to illustrate them.

I soon realized that this was a waste of time. It was not fun to either of us, and I could pick up the subtleties better naturally, rather than trying to analyze and break them down. Obsessing over the differences, and even worse, why they are different, resulted in never ending circles. So while I would never get a direct explanation for the difference of 恋 vs. 愛 (which has 100s of opinions on the subject), I could focus better.

But there are times that curiosity will get the better of you. No matter how many times you’ve seen both words used, they elude you. They can even elude Japanese people. Similar words, even in your native language, are sometimes misused regardless of how many times you have contact with them.

This simple Google technique (or a variation of) is usually a good solution:

違いがわかる事典 (A dictionary of “Understanding the Difference”) This site is written like a blog, and compares 2 similar words, explaining the differences between them. It’s detailed, easy to follow, and is packed with info. They even have a bit of a sense of humor.

Do you know the difference?

Do you ask “what’s the difference” questions a lot? Take a step towards answering them. 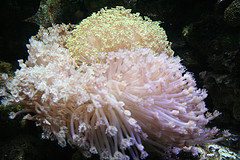 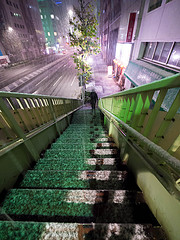 Using English Even when in Full Japanese Dictionary Mode