Last year (2013) was the year of one of the strangest mascots ever to hit the public eye. Funasshi is the unofficial mascot of the mid-sized city of 船橋 (Funabashi), just outside of Tokyo. Unofficial? That means someone just decided that his hometown needed a character to spice things up, created a character based on the pear (なし — nashi), and combined it with the city name. And a new legend was born.

How exciting can a mascot be?

Due to his incredibly unique movements, wiggles, jumps, voice and attitude, Funasshi was propelled from some crazy person making YouTube videos, to the number one city mascot in Japan (winning the national mascot award).

Here is one of his crazy videos. If you can watch this without laughing then I applaud you for having more restraint than I do.

Does he deserve all the attention? Nothing special? Or are you a believer now?

And a sad note: despite his amazing rise to stardom, Funasshi still has not been made an official city mascot. And I’ve been to Funabashi. They need something exciting besides department stores. 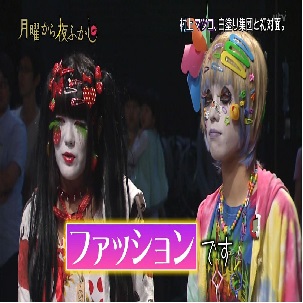 9 Reasons Why 月曜から夜ふかし Is The Best Variety Show Ever