Every once in a while I take a moment to stop and ask all of you what you’d like to see as part of the future of Jalup. Many of the best ideas over the years here have come directly from you guys, your input and your suggestions. While I can’t make everything become a reality (I’ve tried and failed with quite a few things in the past), it’s this type of group thinking that moves things forward to benefit everyone learning Japanese, and makes this site worth being a part of (both for me, and hopefully for you). What’s currently in the works:

I’m about 80% finished with the Japanese Level Up book. I haven’t talked about this at all besides mentioning it a few months ago on the Jalup updates post, so I thought I would use this post to provide a few more details.

The book takes the entire Jalup site and organizes it into one easy to understand video game analogy. The major ideas and posts found here are completely reordered, combined, rearranged, and reinvented to create one thorough and flowing video game progression that will read like an RPG strategy guide. It will be filled with many never told before personal language stories and experiences to bring life to the content, make it memorable, and give you a further peek into my own Japanese journey.

The book is targeted at all foreign language learners. While my stories are about my experience with Japanese, the book is written to appeal to anyone who is studying a language, as the advice helps you turn yourself into the “hero of your own language quest.” I have a few ideas of what I want to do, I just need to work out all the details and timing.

More stories are on the way in the future.

I have a few more posts to go with this, which should cover everything I have left to say.

Some people might be worried that I’m running out of things to say. Not even close. The great thing about learning Japanese is that it is a continually evolving process. There are always new methods, new resources, new mindsets. Plenty of useful info is on its way!

The Jalup Line group has been around for a few months now. It is a small group, but everyone has a great time. We share resources and methods, joke around, talk in Japanese, and just have a general good time. New members are always welcome. This next point is more of just a dream, but something I’ve been thinking about recently.

Variety shows are such an incredible tool to learning Japanese, and are enjoyable in general. However, they are so difficult to get legally if you don’t live in Japan. Most variety shows don’t release DVDs. Streaming sites like Netflix, Hulu, Amazon Prime, etc. rarely have any variety shows, and if they do, it’s one or two episodes at most.

It’s an mystery as to why this happens. Most variety shows just fade away into existence, and are locked away in some vault by a TV studio, never to be seen or heard of again. Maybe the rights owners don’t find it profitable enough, it’s too expensive, or there isn’t enough demand to try to stream older shows.

So I thought: what if there was a membership video streaming service where you could watch Japanese variety shows online. Not only watch them, but share vocabulary, sentences, Anki decks, and any other learning resources involved with the specific episodes right on the page where the episode is.

I would love to create that site.

I’m not naive, and understand the massive undertaking that it would be, and there is a good chance it’s not even possible. It involves a lot of funding, license negotiations, website creation, and a long list of other things.

But, in my imagination, I could see starting things small. Run a crowd-funding campaign like Kickstarter, build a small site and slowly scale up, negotiate for the licenses to older variety shows that aren’t valued as high (but still are highly entertaining), etc. With the language learning angle included, it might be easier to sell the idea to Japanese networks (which I have a few direct connections from when I was on TV). “People want to use Japanese variety shows to learn Japanese!” That’s a nice story.

Anyway, just something I’ve been thinking about, whether it is realistic or not. The appeal is there for me because I love Japanese variety shows, and there is no good way to get them. Any thoughts on this? People have been using the Jalup Anki deck series for a while now. I would love to get some fresh reviews from people who have recently used them to success. If you could leave any thoughts in the comments sections of these posts, it would be greatly appreciated!

But most importantly, I want to hear your ideas and what you want to see!

– Articles
– Videos
– Products
– Services
– Guides
– Anything you can possibly imagine

Not only do I appreciate every idea, but I take them all seriously, read them thoroughly, and play around with the possibility of making them a reality.

Thank you as always. よろしくお願いします！ 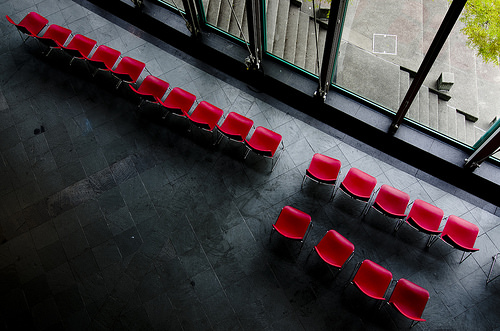 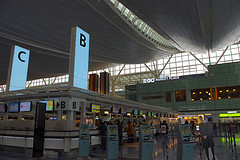 Abbreviation Madness: JALUP And Beyond