Shounen anime is home ground of 300+ episodes, a seemingly never ending story line, and required loyalty to a series over a span of many years. Most people have at least one series that they feel they’ve been watching forever. Whether you like it or not, you are usually stuck with that series, waiting for that rewarding conclusion that fulfills the continuing anticipation you experienced since day 1.

The fact that one series can continue for 10 years means you get to watch your Japanese grow with the series. From knowing nothing and using English subtitles, to struggling and looking up everything you don’t know, to smooth listening, to watching it like any other show you would in your native language, you evolve together with the show.

Following these long running series gives you the perfect ability to look back and see how far you have come.

As a personal example, I am a fan of Naruto, one of the top and currently long running anime in Japan. I watch it now like a Japanese person does. The thought of it as being anything besides pure entertainment is nowhere to be found.

But I started watching the show in 2005. Dubbed in English (gasp), before I knew my first words of Japanese. This quickly transitioned to Japanese with English subtitles (gasp again), to no subtitles and putting everything I didn’t understand into Anki, to trying to focus intently on listening to wade through all the confusing language, to finally just enjoying it. Every week, for over 9 years, I would watch the newest episode and it is a reflection of how far I’ve come.

I recommend finding a show that will be going on for years from this day on. Try not to choose one that was long running, but has finished.

The problem with long shows that are finished, as anime fans know, is that you have a tendency to go on an anime marathon, watching multiple episodes every day, possibly finishing 200+ episodes in a fairly short period of time. Doing this makes it much harder to notice your progress.

With a show you are watching that you can only watch one new episode a week, you are setting the pace, and will notice the small increase in your ability every week you watch the show for years to come.

What have you grown with?

Have any of you grown together with a long running anime? What was it? How far did your Japanese go while you watched it? 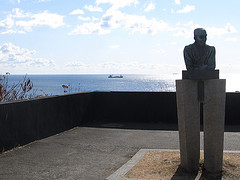 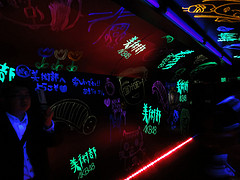 You Want To Become Fluent In Japanese? Go Live In Japan!