I was asked advice recently about doing the Jalup Beginner and Intermediate decks, right from the beginning, without ever touching Heisig’s Remembering The Kanji (RTK). RTK is a major recommendation on the site, and the guidance is to do RTK concurrently with your 1000 J-E sentences.

But you have a problem:

You hate doing RTK. You can’t get through it and it is killing your desire to study Japanese. You have no issues with J-E sentences, as most people don’t. But the the thought of RTK? Maybe even worse than your possible hatred of Anki? And combine Anki and RTK together, and now you have a hole in your wall and a broken keyboard’s keys scattered across the floor.

So you really want to study Japanese efficiently, but don’t want to do RTK.

You guys are smart. And it’s obvious. Just stop doing RTK. As I mentioned in the Anki hating post, using an efficient tool that you hate is inefficient.

But how will you learn how to read kanji then?

Through constant exposure with that kanji. Yeah, you won’t get to dissect the kanji or assign memory aiding stories. But you will learn them one at a time as you go through J-E sentences, J-J sentences, Native media and beyond.

While going through sentences, you are still learning the meaning and reading of every word that has that kanji. RTK just provides an association technique to make that process much smoother. But without it, you can still do the same thing. Sure, your recall rate, and review speed may be slower. But not slower than if you avoid it altogether or force yourself to do something you hate.

What’s great about RTK is that you can go back and decide to do it anytime.

And as I mentioned in that post, that is exactly what I did. Yes, me. RTK never really caught my interest when I first started studying Japanese (the fact that there was no efficient way to study it like there is today with Anki or other online electronic flash cards may have contributed to this).

But I did what I wanted to do at the time. I did the equivalent of what eventually would become J-E, and once I came across Anki, I went through 1000 J-J sentences.

I was at a good intermediate level I was proud of. I knew loads of kanji, meanings, readings, and had an average ability to make guesses on unknown readings. But it was all just merely adequate. And since my goal was never just mere adequacy, and since I knew I had found major success with Anki and J-J, I wanted to try and see what RTK might do for me.

So I took a break from adding new J-J sentences (just continued with reviews), kept the immersion going, but focused on completing RTK.

And I was enjoying it. At an intermediate level, RTK was a smooth experience. Since I already had seen most of the kanji in sentences and native exposure, they were easy to remember. And I had the ability to alter and adjust the deck to my liking (which ultimately resulted in the Jalup RTK mod deck).

I finished RTK (I can’t remember exactly how long it took but I believe it was somewhere between 1-2 months). And my kanji ability thanked me for it. As I started up J-J again, I proceeded at a much faster pace, words clicked, I could read with more understanding, and I just finally got kanji.

This site’s recommendation of doing RTK from the beginning of your Japanese study came from the feeling that it had such a powerful and extremely altering effect on my Japanese. I felt that putting it at the beginning made the most sense. And doing it concurrently with J-E is to prevent kanji burnout.

Let’s get to hindsight though. If I could go back in time to the beginning of my studying and complete J-E with RTK first, would I?

I definitely would try.

But who knows? In the beginning I may have came across the same conclusion that I didn’t like RTK, and wanted to hold off onto until later. I’ll never know. But the real message behind this post is to tell you that you need to find what works for you, and stop worrying if you aren’t doing it exactly like others are or how it “should be done.”

So if you have made a real valid attempt at RTK, and really dread doing it, try pushing it off until later. Try something else. Jump into J-E. Who knows where you’ll end up. 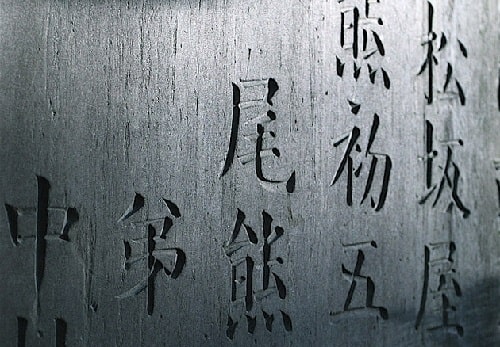