I don’t add new cards to my Anki deck any more. There, I said it.

One day, I was filling in sentences as usual. I had a goal of adding around twenty new sentences to my deck every night. It took me about an hour, and more often than not, longer. It was a chore to find good example sentences.

That day, I was scouring my old Yotsubato and Dragon Ball books. I never bothered to try to remember a word until I put it in my Anki deck. After I found a sentence that wasn’t too easy for me and not to difficult to parse (there’s nothing more demotivating than a six-line sentence popping up in your Anki deck), it took me another adventure to work through three dictionaries and Google Images to find the definition that I could understand easiest (for quicker flashcard-reading).

It made for some high-quality Anki cards, but I hated it. One particularly boring day, I looked at the clock and my freshly-minted flashcards and thought, “There must be a better way.”

For me, Anki was growing into a bother. It wasn’t fun and it wasn’t efficient any more. I wanted to see if I could find a new way to learn new words.

Is there an alternative? It took me a day of thinking and two hours of Fire-Emblem-playing (烈火の剣 is still the best one!) to find the solution. Instead of loading up all the fun sentences into Anki, I looked up all the words I didn’t know on the spot. Then I kept playing the game. “Gee, I like this method already,” I thought to myself. I learned fifty new words that day. I bet you don’t know what a 魔道士 is. Well I do, so ha ha!

The best alternative to Anki-learning is to read all the time. Read everything! I read manga, news articles, blog posts, little pixelly speech balloons in role-playing video games and the backs of Japanese cereal boxes.

If you’re smart and have good リスニング力, you can throw in anime and podcasts and awesome Japanese music too, which is just a little harder to do because those Japanese people speak so fast and it’s not always easy to dictate (was that a って or a て?). Once you do that, look up every single word you don’t know.

I don’t do that because I’m really lazy. I only look up most of the words and skip the words that I can guess the meaning from the context or just don’t feel like looking up. Admit it, you’re lazy too. When going new-word hunting, I usually look for something that’s slightly above my level (sorry Yotsubato) or I won’t have enough new words to steal.

You won’t remember all of the words you look up. Sometimes they just drip right out of your brain and leave a big mess everywhere. Some words you’ll have to to look up twice or thrice or seven times seven times. That’s OK. It’ll help you remember them better, and it’s not really any different from the Anki cards I never did get right even after pushing the “again” and “hard” buttons twenty times.

Another nice thing about this method is that the important words will be constantly reinforced. If I stuck the word 侯爵 into my Anki deck I’d never remember it again, but it’s a fairly common word in Fire Emblem so it won’t be hard to remember it if I keep playing the game.

In the same hour it would have taken me to stuff twenty cards into an Anki collection, I can remember thirty words from a big reading excursion, and have more fun to boot.

Is Anki of the Devil? Have I become an Anki-unbeliever? Will I preach the evils of Anki from the street corner down by the Japanese book shop?

No. I still believe Anki is immensely helpful. I was an Anki zealot when I started learning Japanese, and I learned a lot thanks to it and had a lot of fun doing it. There are people who use Anki throughout the intermediate-language-learning-wasteland, and continue using it even when they consider themselves fluent.

If that’s you, then more power to you! But it’s important to find what works for you. Anki isn’t for everyone, and you don’t have to use a method you don’t like just because all the cool kids are doing it. Don’t forget to evolve and experiment with your language-learning strategies. You’re unique, ya know?

Will I ever go back to Anki?

So do you use Anki or not? Have you ever tried the method I’ve discussed above, and has it worked out for you? What are some of your other non-Anki learning methods, conventional or unconventional? 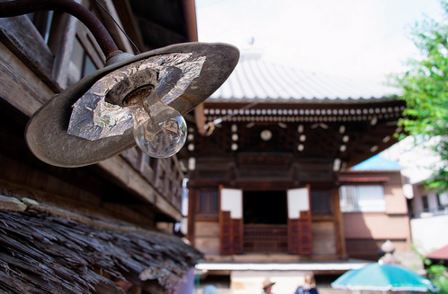 Is it Better to use Pre-made or Self-Created Anki decks?