Japanese levels. Seemingly just for fun, yet so important at the same time. Everyone wants to know how good they were, how good they have become, and how much possible good that still awaits them. The level guide on this site has been a major pillar here since the site was first created. Remember the name of this site? But times change. Thoughts change. And so I have decided to make same major changes. All descriptions have been mostly rewritten, with numbers and percentages reworked. “Basic” was renamed “Newbie.” “Business” was renamed “Work Capable,” because the word Business is too misleading. However, the real difference comes from after 65.

“Native level” doesn’t exist. Yup, I just said it. Am I retracting what I once said about reaching the level of a native? No. I am saying that the phrase “native level” has no meaning, and since it has no meaning it is not a concrete or attainable goal. This type of goal has no place on Jalup where achievable goals are so extremely important to success.

Let’s start with a look at some definitions. Unless you were born in Japan, this isn’t you.

This also isn’t you.

But of course this was never about saying Japanese was your native language, but about saying that your Japanese is native level, or the same level of a native.

The definition that Google picks up isn’t helpful.

Let’s go to the Interagency Language Roundtable (ILR) scale of language proficiency, used by the United States Foreign Service Institute. It doesn’t get any more official sounding than that.

This only covers speaking, and is too vague and unfair by using the word “educated,” as though only educated (how educated is educated?) count.

This just takes the already fluffy concept of fluency and expands it and requires “acceptance.”

What should native level mean? My original definition of Native Level in the level guide was someone that can read, write, listen, and speak Japanese just like a Japanese person, in a way that would be indistinguishable from a Japanese person.

In thinking my definition was more clever, I realize it was the vaguest of them all. Who is the Japanese person that is used as a model for being able to read, write, listen, and speak just like them?

Things become more complicated when it comes trying to reach their “knowledge” level. What is the appropriate knowledge level for measuring what a native should know?

And what age do you base the knowledge level of someone? Go too young and it’s meaningless because the education system is different. Go too old and you reach the point where “standard educational concepts” are replaced what you are interested in the world and life and your own personal experience.

Should native speaking be the standard? The way most people decide native level is how someone speaks, because it is the easiest outward way to judge. After all, it’s hard to know what is in someone’s mind and measure their reading and listening ability (tests don’t do a very good job with this). Writing ability is something that most people aren’t good at in their own language so that’s no help.

So speaking? Does he sound like a native speaker?

In what way? The pronunciation? The vocabulary usage? The grammar usage? The flowing nature of the language? The mistake frequency?

Give me 100 natives and I’ll give you a 100 variations on all of the above. Natives make mistakes and have problems (sometimes serious) in all of the above, all the time. Not even touching on dialects, which makes things infinitely more complex, but everyone talks differently, for better or worse.

Why native level is a bad standard For everyone fluent going for “native level,” you are facing a goal that you are yourself making unreachable.  The higher the level you get, the more perfectionist you get. You start to think that your level will only be native when you have perfect pronunciation, perfect grammar, a perfect wide range of knowledge, and perfect everything. By this standard, most natives haven’t even accomplished your vision of native level.

You’ll never reach this magic ideal state, because you just end up setting the bar higher and higher, and you cherry-pick the best of the best as to what should be native level.

The Jalup level guide was originally created for me (selfish aren’t I?), and the way it was set up made it become pretty worthless to me. I always talk about the extreme value of creating new and reasonable goals, and yet I set some goal that doesn’t exist for myself. I’ve come as far as I have because of the continual goal setting and desire to achieve more, and if I’m trying to climb a mountain that grows larger as I climb upwards, it’s just not going to work.

I want a level guide that makes sense, from beginning to end, and allows you to not only continually yearn for more, but to eventually get that more. Check out the updated guide. The new levels (with rough estimated time frames) are now:

The descriptions for 75 and up are written in abstract terms, because the specifics were always meant to just be silly and fun (Japanese spy anyone?). Also the specifics were inaccurate, because you could learn any of those ultra advanced skills at any stage of your journey.

How does this affect you?

It depends. This is a big change, but one that I just think makes sense and will benefit you. You can ignore it, and think I’m crazy, and still go for “native level.” That’s fine. It’s all about what mindset works best for you. And this new mindset is what works best for me now.

I don’t plan on rewriting the level tests, or XPNavi, but their accuracy shouldn’t be affected up to fluent level.

And that’s all I have to say about leveling for today. Until next time! 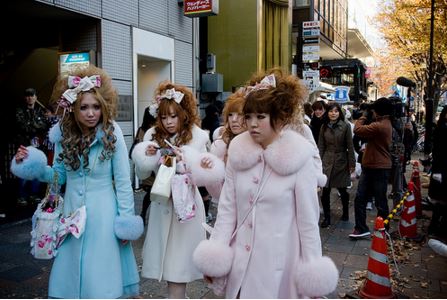 Why You Never Stop Learning Japanese 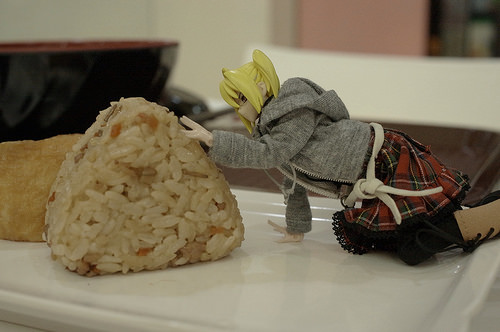 Not Seeing any Improvement in your Japanese?