In the movie The Shawshank Redemption (ショーシャンクの空に), there is a famous scene where prisoner Andy Dufresne treats the other prisoners to a song on the loudspeaker. They listen to Italian opera singers while Morgan Freeman narrates about the beauty of it.

Well isn’t that special? You can’t disagree with Morgan Freeman (ever…) While this makes for a great movie scene, it’s a terrible mindset for language learning. Sorry Morgan Freeman, but they were speaking normal human words just like you.

Words from the Gods This is an easy trap to fall into. Any language that we don’t know automatically falls out of our comprehension. There’s a disconnect here between us and the unknown. This isn’t like hearing a conversation about a field you are unfamiliar with. With Japanese, you understand NOTHING. All the knowledge you have acquired in life is of no use here. With the language being so inconceivable, it takes on a godly feeling.

Whether it was an angelic Japanese song or a giant wall of Kanji, I often got this godly feeling when I first starting studying Japanese. HOW COULD THIS POSSIBLY MAKE SENSE?!

Didn’t you know? Japanese was created by mortals.

Yes of course mortals created Japanese. However, it’s one thing to know something, and another to understand it. That means that some ordinary human like you came up with every part of the language. The inventor of the word 元気 (げんき) also got hungry and tired. No gods involved here. You’ve probably created some of your own words and phrases too.

This is great, because mortality means that there is a limit. There are only so many words and grammar points to learn before, hey, you know Japanese! If it was infinite, then nobody would ever be able to learn a language.

Ever watch anime episode but it was too godly for you to understand? It seems like an infinite number of words one after the other, right? Turns out they were repeating hundreds of words. You were just too overwhelmed to realize it.

Or maybe you feel like certain grammar points are just too much for a mere mortal like yourself to grasp. I’m looking at you させていただきます! I’m over level 30, so I’m well equipped to make some sense of any Japanese I come across. But I still get overwhelmed with that godly feeling.

My phone is set in Japanese, but whenever I need to do something “important” I instinctively switch it back to English without even bothering with Japanese. Or when watching a show, I may just glaze over. Which is not because I’m bored or don’t like the show, but because I’m thinking about how much I won’t understand, so why bother? After all, I’ve been studying for years, I’m used to this. I can enjoy a show without understanding the dialogue.

It’s easy to throw your hands up and say, “This Japanese is too complex for me. I’m not on that level.” But guess what site you’re on: Japanese Level Up. It takes effort, yes, but only that which a human is capable of. There’s nothing special about the collection of sounds and symbols that make up Japanese. If anything is special, it’s that this collection will become a part of you. Now get to it, mortal! 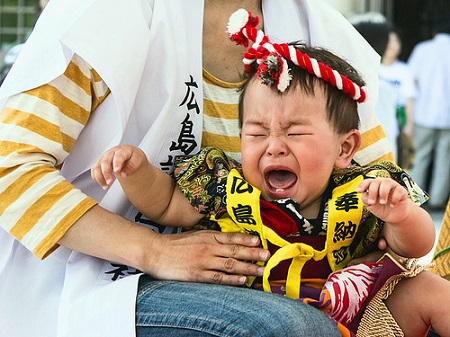 Why You are Better Than a Baby 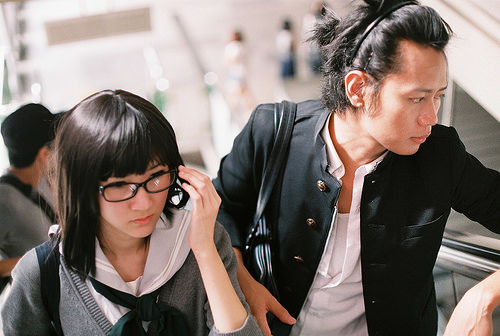 An Overdose of Japanese Learning Positivity