Did you like the J-drama Dragonzakura? Did you know the sequel to it is this manga? Ino-Sensei quits her job as a teacher at Ryuzan high school and becomes a job consultant for people changing jobs. While Dragonzakura was a guide for succeeding at college entrance exams, Angel Bank is a guide for people trying to get a good job. Some of the advice probably wouldn’t apply outside of Japan, but it is a lot of fun to see a manga look at the Japanese working world. There was also a J-drama made of this as well, but the manga goes way more in depth. If you like the major Shonen Jump manga like DBZ, Naruto, or Bleach, you will probably like this. The story starts simple, with a boy (Gon) on a quest to search for his father by becoming a “Hunter,” a profession of danger and adventure. This manga has some of the most random manga elements mixed together (tournament, card-game style fighting, alien-insect invasion, elections) an original system of power/level gaining, and no boring drawn out fighting. This was made by the same manga artist who wrote Yuyu Hakusho.

The story of two brothers with the dreams of becoming astronauts. Sounds like a cheesy premise but it is an incredibly touching and motivating manga especially if you feel like you don’t know what you should be doing with your life. The younger brother is already a pro astronaut and will be the first Japanese man to land on the moon. The older brother, just fired from his job for headbutting his boss, has decided to reignite his childhood dream of becoming an astronaut, and catch up to his younger brother who managed to get ahead of him. This manga really gives an amazing look of the challenges and adventures of being an astronaut, and not giving up on what you’ve always wanted to do.

Rurouni Kenshin is one of the major classic Shounen mangas (written in the 90s). It takes place during the early Meiji era in Japan, telling the story of a samurai assassin named Kenshin. After being a key (fictional) figure in the major war that brought about the peaceful era to Japan, Kenshin wanders the countryside of Japan offering protection to those in need to atone for everyone he has slain. The visuals in this manga are beautiful, it combines both history with action, and is on top when it comes to exciting battles. The anime series ended significantly before the manga finished and missed out on the most amazing parts of the series which concluded the story perfectly. So if you’ve seen the anime, but never the manga, start reading from volumes 18 and on.

Read any of these manga? What did you think? Do you recommend them? 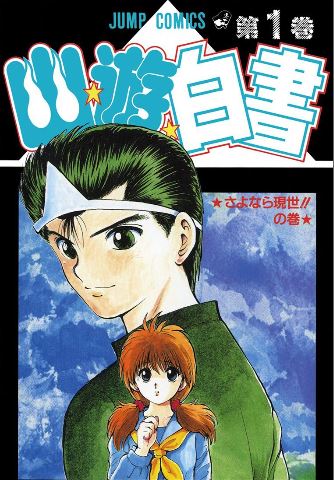 5 Manga With Ambitious And Unstoppable Heroes