The life of a salaryman, an overworked and underpaid office employee, is not an easy one. But one man decides that he will escape his fate, his dull and uneventful life, and explore a side of Tokyo that not many get to see: the underground. It’s a dark and dirty world down there, but with a little determination, and a strong sense of adventure, there are no limits.

The first step in starting an underground adventure, is finding an entrance to the underground. You can’t just go around removing manhole covers from the streets and hop right in head first. You need to find a hidden place of entry. But hidden entrances don’t just pop up out of nowhere. Only someone with a keen and watchful eye would ever think about the possibility of climbing down here. Our hero has found his way in. With a slow and hesitant beginning, he ventures his way through the entrance. It’s a bit of a tight squeeze. But there is no challenge that a Japanese salaryman cannot overcome. As he goes deeper into this abyss, a question arises: where are you headed mysterious salaryman? Do you know something that the rest of us do not?

Let’s stop and get a few opinions on the street: “I can’t believe someone would enter a place like this.”

Obviously. That’s what they say about all people who are trying to start on an uncharted adventure. “Someone being in the street gutter is a little disgusting.”

A bit harsh?  You don’t know his motives and dreams.

But let’s ignore the naysayers and get back to the excitement. I see a man on a mission. With steam coming out of this nose, and a red face due to exhaustion. Traversing the dark bottom of the city can take its toll on the mind and spirit. He needs some fresh air and sunlight. He also needs to know where his current location is so he can navigate properly. After a short respite he will be ready to go. The power of the sun to rejuvenate. But he’s ready now. Okay, you’ve spent a little too much time resting. Let’s continue on. Of course there is mysterious movement. There is a salaryman explorer underneath the streets. Someone has spotted you. I told you that you shouldn’t be taking a break for so long. Some random woman doesn’t understand what you are doing. And she’s calling the police on you. Misunderstandings like this happen all the time. As long as you explain everything, I’m sure you’ll be back on your journey in no time. He admits to the crime.

What?! Did you get nervous and say something strange? “Because I had a day off from work, at around 8am, I hid in the gutter and looked up women’s skirts.” “Up until now, I have repeatedly been peeping.” In April, at the exact same place, he also received a warning from the police for peeping.

At least save some face. Please come up with a good excuse. And so one man puts a taint on the beautiful, otherwise untarnished, Japanese salaryman reputation. It may be years before another explorer decides to take to the underground. 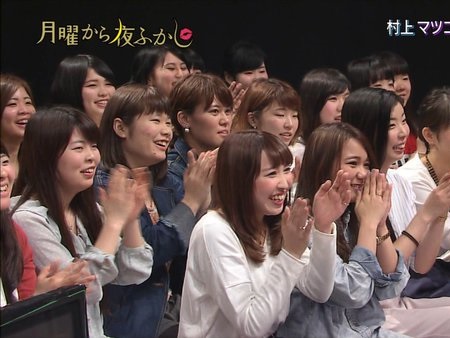 Become a Studio Audience Member of a Japanese Variety Show 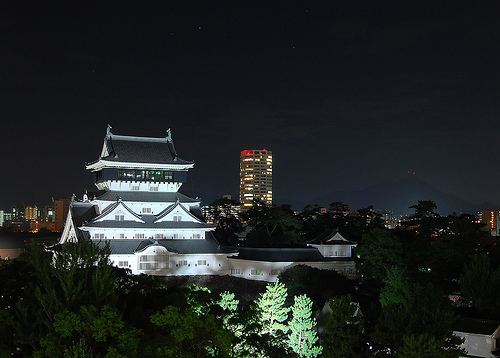 Light Up Your Own Japanese Castle