The Japanese Language Proficiency Test (JLPT) results in various emotions for many people studying Japanese. 25% of Japanese learners (over a million people) challenge themselves with it every year now. If you haven’t heard the news yet, there is major restructuring going on this year.

The last time big changes happened to the test was in 2010, where the test switched from 4 to 5 levels, and required every section to be passed if you want to pass the overall test. That’s nothing compared to what’s going to happen this year. Enough guaranteed to both excite and worry all future test takers.

The levels will once again be expanding. One I’m all for, the other not so much so.

This is for people who are extremely new to Japanese, and just happen to start right around testing time. N5 was already pretty easy, but this is for the absolute newbie. For N6, there is also going to be a romaji option. This makes no sense to me, and I think this level is entirely unnecessary.

JLPT N0: the “proof you are bilingual” test

You know that I like difficulty and challenges. Take the N1, add in super advanced grammar, go way beyond Joyo kanji, mix in slang, dialect, specialty vocabulary, classic Japanese, and you have an entirely new beast. I’m very excited for this, and plan to take this new level.

While you might be rolling your eyes at having to pass yet another, even more difficult level, a truly smart move was made regarding this level.

6. The amazing benefit of passing the JLPT N0

Japan has a labor shortage that is expected to continue to get worse as the population shrinks over the next several years/decades. It’s not as simple as just bringing in more foreigners. Japanese skill is necessary to be successful in many industries and companies where no one speaks English.

Currently, passing the N1 gives you preferential treatment for immigration to Japan. Passing N0 will take this one large step further.

The testing association will actually help you get a job. They will set you up with interviews (that you can do over video chat from your home country) with companies who want skilled workers fluent in Japanese. Everything is covered (including the work visa and all paperwork) at no cost to you. This means that the new “easiest way to get a good job in Japan” will be through a N0 certificate.

This will put an end to passing the high levels of the test but not being able to hold up a decent conversation. It’s not enough to be able to just have good listening and reading ability anymore. This will give people more confidence in your total ability and should have been a requirement of the test from when it was first started in the 1980s. But for cost reasons, and for ease of testing, this has always been left out.

The new section will be 25 minutes long. You will be paired with a test examiner, and they will have a conversation with you on a variety of topics. They will judge your ability to understand, respond, and come up with appropriate things to say, all while analyzing your vocabulary and grammar usage, and your overall ability to have a real conversation.

This will make some people nervous, as a lot of people bomb on their early conversations in Japanese even when their Japanese is good. But it is so important.

When I saw the new speaking section, I wondered how they would pull that off. It requires someone available to speak to each test taker for 25 minutes. That’s no simple task. To make it work they are hiring a ton of Japanese teachers who can objectively judge students.

This results in the cost of the test increasing from $60 to $110 per student. That’s a big jump, but I think it is worth it for the new value the test is providing.

You’ve probably noticed a lot of Japanese learning apps these days making use of advanced speaking recognition to help analyze and improve your pronunciation. Making use of this technology brings another interesting new section to the test

Pronunciation is a 10 minute section (technically part of the new speaking part), where you are given a passage, you speak into a mic, and then software records and analyzes your pronunciation. It’s supposed to be highly accurate and seems like an innovative way to test your ability. It reminds me of an old article I wrote about practicing your speaking with Siri.

I’m very much against this. I think it’s is too radical and a bit unrealistic. Handwriting is just something not practiced by most learners, due to it’s limited value compared to other areas.

All students will be given a listening sample of 10 short sentences. Each sentence is played twice. You have to listen and then write by hand each sentence. Full kanji (where needed) is required. I will definitely need to practice a lot for this section. There is no way I could pass this part right now.

This is the weirdest (yet most intriguing) part.

You have the option to take the test for free if you agree to allow your taking of the test to be recorded and used for a new variety show that covers Japanese Learners. I’ve seen similar study variety shows and they can be done really well. They will record specific parts, like handwriting or conversation, and highlight fun, interesting or comedic moments, give interviews, and showcase the range of people taking the JLPT.

If you are confident, this would be a lot of fun. If you are nervous, appearing nationally would probably be scary. People who choose this option will be put in a different area so if the thought of this terrifies you, you don’t have to participate.

You can probably guess that I’m going with the televised option, so maybe you’ll see me rocking the N0 in style on TV soon!

How do you feel about the changes?

Does some of this surprise you? Worry you? Will it change your plan at all to take or not take the test? 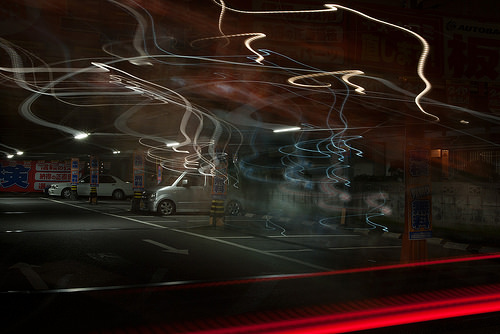 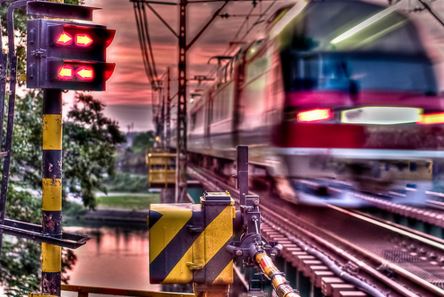 Japan’s Recent Decision To Change To A Simplified Kanji System