When you’re feeling down, it’s easy to start playing the talent excuse game with yourself in order to explain why you aren’t winning. I’ve done it to myself on numerous occasions. Beyond mandatory language learning in school (which often produces minimal results), there is no way in knowing whether you’re geared to learn a language. You’ve never tried it before on your own until now. But now you’ve put in the time. You have the experience. You watch your ability. You watch others. You compare yourself to others. And when you seem to be stuck, while everyone else is moving forward, you come to a conclusion:

Learning a language is a talent. Maybe I don’t have that talent. You’re saddened by your discovery. Because while skill can be acquired and developed, talent is what comes natural to you. No matter how much you work, you’ll never be able to gain talent. Gameover. Either accept hard work for mediocrity, or choose another hobby. Maybe you’ll be better at origami.

This is a dangerous line of thinking. It’s the major cause of people who never start learning a foreign language, and who quit it before they get good.

Is your worst fear true? Is language a talent? Language learning is first and foremost based on skill; a skill you must devote a portion of your life to develop. But using the word skill is not so straightforward. It’s not as much a “language” skill as it is a “learn a language” skill.

Many small factors determine your success:

These are all general skills that will influence where you’ll end up. Some people appear to do the above 9 more naturally than others, without having to put in any effort. However, all of the above are mostly developed skills.

Where is talent then?

Some people are able to remember things faster. Or deal with the words in their head in a more coherent fashion to create better spoken sentences. Or are able to more clearly comprehend and process what they hear. Other people are slower or even have disadvantages.

Think of this as the start of a game. The characters with a talent edge may get some extra boosts to their stats that makes things easier in the beginning. Maybe they were given a ring of memory or a staff of spoken prowess. It’s a boost. But it isn’t everything. It isn’t even close. Learning a language comes down to skill, developing your skill, and managing who you are so you can develop that skill in the smoothest way possible. Whether you have a talent boost or not is irrelevant. Talent won’t define your success. Even if you have an extra boost in the beginning, it doesn’t guarantee anything will happen. You still have to put in nearly the same amount of work.

This statement is deceiving. The actual language isn’t hard. Putting in the mountain of time, effort, and discipline required to learn the language is what is hard. Very hard. This is why so many people fail. Not because of talent.

Do you have talent? 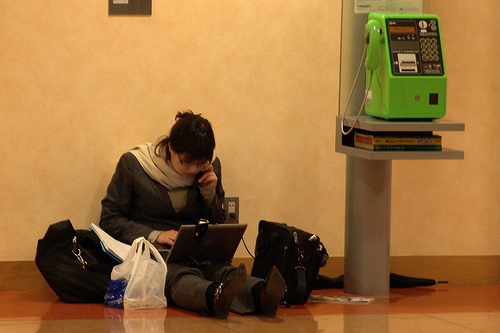 Don’t Think about Others’ Study Advantages