As I’m assuming most of you spend a large amount of time on the computer, I don’t need to tell you about eye strain.  Why should you care?  It affects your focus and concentration, will make you more tired, and will leave you less motivated to study Japanese.  I’ve found that reading Japanese also tends to make your eyes get tired slightly quicker than reading English, due to the finer detail of the characters. Now I’m not going to tell you to decrease your computer usage, that would just be silly, but I’ve discovered two tips that are very helpful to decreasing eye strain:

1.  If you are using any program to learn Japanese (ex. Anki) that you stare at for a lengthy amount of time, changing the colors can seriously reduce eye strain.  Black text on a white background, while the convention of most websites and may look the nicest, actually causes a lot of eye strain.  You can see some people arguing about it here.  I tested out a few combos, and found that yellow text on dark blue is very easy on the eyes, even when studying for many hours.  I recommend finding what works best for you. For example, if this was the view from your house/apartment: *note:  staring at this picture does not count as staring at something far away.

You most likely will have a lot of things in the way of looking at a far away object from your window.  Try your best though.  The further the better.

One Jalup reader, who stares at screens for endless hours into the night due to his programming career, suggested the following color scheme that works for him.

He uses the following 3 colors from it: 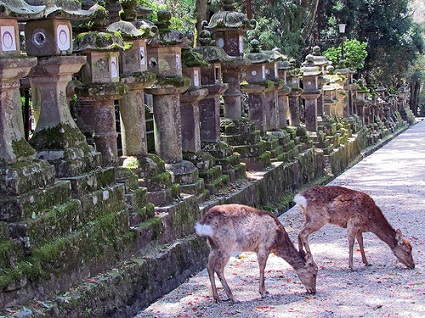 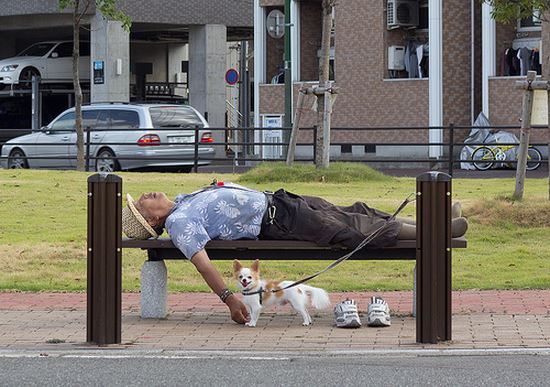