Japanese contains fewer phonemes than almost any other major language. For native English speakers, this makes the pronunciation of the basic sounds relatively straightforward (and, conversely, pronunciation of most foreign languages relatively nightmarish for native Japanese). As there are many short words, this also means that there are necessarily a lot of homophones.

A commonly cited example would be あめ, either ‘rain’ or ‘candy’, with a slight variation of intonation. しんかん, in contrast, has eleven meanings: ‘new book’, ‘annex’, ‘Shinto priest’, ‘shake’, ‘fuse’, ‘silence’, ‘still’, ‘heart’, ‘new patient’, ‘Imperial letter’ and ‘new members’. Of course, you can’t learn them all, nor do you need to. Nevertheless, this is can be overwhelming and confusing.

But what if we could turn this overwhelming, confusing reality into a shortcut to vocabulary memorization? What if there were a tool that could help us group homophones together and memorize them as sets?

Nihomophones: supplying a mental image in order to link disparate ideas. This makes for less brain-work, as if you can remember the pronunciation for one of the words, the rest might just fall into place. The Nihomophones series has concluded. If you enjoyed it, leave your comments below!

Loving Japanese homonyms with a passion. 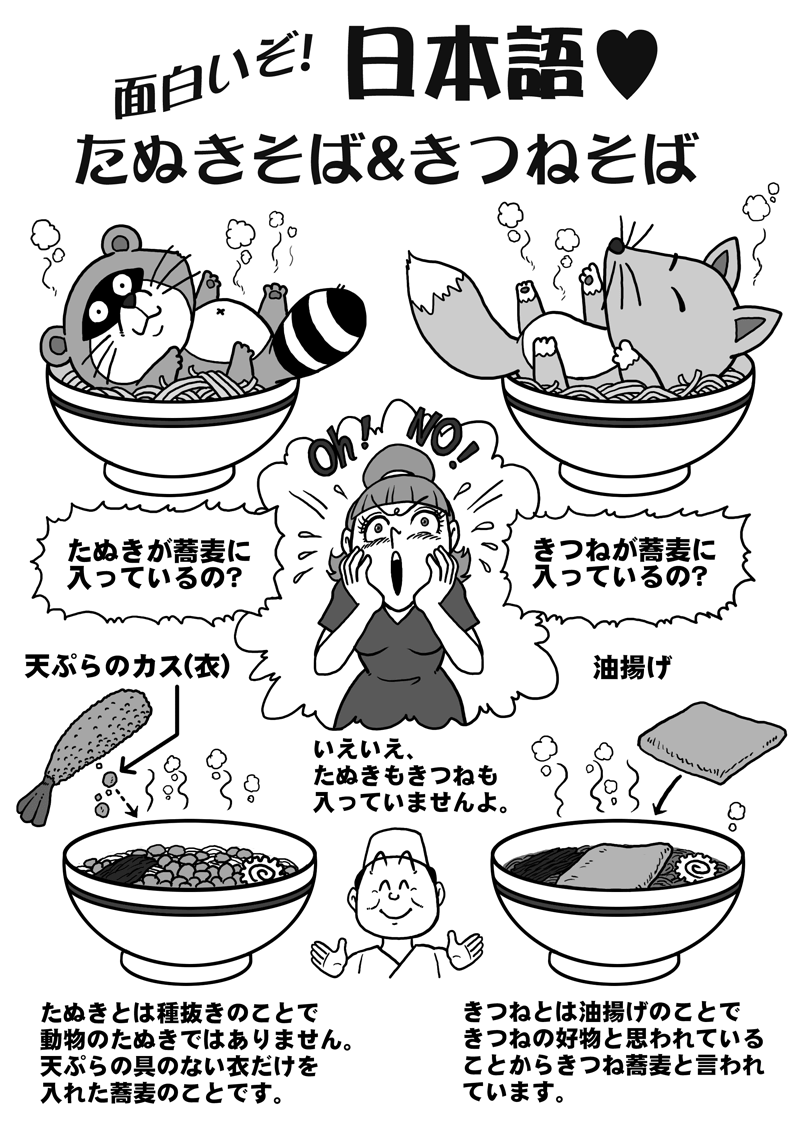 Why do Japanese put Fox and Raccoon Dog in their Soba?