Recently I had a friend who started studying Japanese, wanting to know if J-drama was worth watching, ask me a favor. He wanted me to prove him the interesting nature of J-drama with one scene. Not one genre. Not one series. Not even one episode. But one scene. That’s a pretty big responsibility. That’s like saying, “prove to me movies are good by showing me one scene from one movie.” So what did I do? Find a new friend? Yes. But before that, I tried to find a scene from one of my all time favorite J-dramas. And it had to be a scene that would stand on its own, without knowing anything about the story or characters.

Something comedic would work best, because one scene can be funny and memorable even despite not knowing anything else.

So what did I come up with? A scene that would convince someone to start enjoying the world of J-dramas (not that I know why someone needs to be convinced to do that).

This is a scene from Trick 3 (or was it 2?), one of the funniest, legendary J-dramas of all time. If this doesn’t do it, I don’t know what will. Then again, I’m partial. I’ve seen all three seasons, the movies, and read the novels. Maybe this sucks.

But that’s where you guys come in. What’s your “J-drama Best One-Scene.” If you were given the same request as me (which you are now), what would you show? (If you have a YouTube link, include it.) 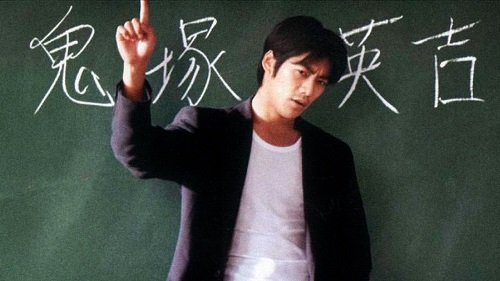 Top 85 J-Dramas Of All Time