If one of your major goals as a Japanese learner is to eventually get a job using Japanese, you have an inevitable challenge you know you’ll face: the all Japanese interview. People usually aren’t fond of interviews in general, but add Japanese to it and it’s a whole new level of nervousness. Even if your Japanese is good, it never feels good enough, and now you need to throw in polite Japanese (敬語), and express yourself in an appealing manner. I’ve had my fair share of Japanese interviews over the years, and it is something that takes time to get used to (just like regular interviews in your own language), but I thought I could possibly give some good advice on the subject.

I once talked about random Japanese level downs, the phenomenon where your ability suddenly drops multiple levels. A major cause of this is is being nervous. And since you will be nervous in an interview, don’t feel terrible if you don’t speak like you always do.

It can be incredibly frustrating because you want to show how great your Japanese is, but instead you can only show a watered down version of it.

Be aware this will happen, and when you can’t find specific words you are looking for don’t panic. Yeah, you normally know the words for experience (経験), qualification (資格), and resume (履歴書), but if you get stuck on them, just fall back to your description words.

Speak slowly, give yourself time to pause, and add in filler words.

6. The bane of your Japanese – Keigo In normal Japanese interviews, the usual expectation is keigo. Keigo is a struggle for most learners, and even the way it works can be a bit confusing. Keigo covers 3 forms:

You probably aren’t good at it, especially Humble and Respectful. Most people who study Japanese don’t go out of their way to master keigo. It usually doesn’t appear in what you read and watch. And even when it does, you don’t bother trying to mimic it. Most of your conversations will be with friends, teachers, acquaintances, online, etc. The bulk of your Japanese is casual with some Polite mixed in here or there. Unless you’ve worked at a Japanese job before.

And so Keigo appears like a bit of a catch-22. You need keigo to get a job, but you need a job to get good at keigo.

However, it’s not just you. Japanese high school/univeristy students have the same issue. When they go for their first job, they don’t magically know keigo like a pro. They pick it up and get better as they go. They are given a little slack in the beginning when they are younger.

Luckily, Japanese are keen to this, and realize this also an issue when it comes to foreigners speaking Japanese. If it is the foreigner’s first job using Japanese, it doesn’t mean they can’t or won’t speak keigo. It means that they’ve never had the opportunity to get used to it.

Accept it for the situation it is. You can try to force yourself to brush up on all the keigo you aren’t used to, but then when you get nervous things become blurry.

I’ve talked with recruiters about this issue, and they’ve said they would rather hear smooth regular Polite Japanese（丁寧語) than a broken attempt at Humble or Respectful.

– Include some of the most common Humble or Respectful phrases that will absolutely appear in your conversation. A little touch-up can go a long way. Especially on your intro. ～と申します makes a great first impression over a ～です。If you live in Japan and are saying where you come from, ～から参りました sounds better than ～から来ました。

– Avoid abbreviated keigo that you’ve picked up through immersion. Don’t ever abbreviate です to っす. Ever.

– Try to keep the い vowel where it belongs when using the ～ています form. Yes, they will notice you casually drop your い there.

5. Do not get annoyed by seemingly obviously questions Stereotypes still exist about foreigners speaking Japanese and what they know and don’t. This isn’t a place to get annoyed.

There are some people out there who can speak decently but don’t read well (no one from this site). It may be rare to meet this kind of person, as the opposite is much more common, but that’s irrelevant.

If you are told something that hits an annoying trigger of yours, just relax. It’s not a big deal. Just smile and answer enthusiastically.

4. Get your はい down good A large portion of an interview is simply listening to the interviewer. The はい is the acknowledgement phrase, which shows you are listening. It’s similar to an English yeah, okay, uh huh, etc.

It’s such a simple phrase, but merely getting the timing right of this makes such a difference. It can make you look like you have good Japanese even before you have the chance to say anything. Get this rhythm down.

Just practice it (nothing special here). Watch how other people use はい. If you think はい is simple, you haven’t experienced it enough.

3. You will always be asked certain questions

A Japanese interview is no different than an English interview in that you will be asked the same types of questions regardless of what company you are interviewing for. Succeeding at interviews is about knowing what you’ll be asked and practicing the best way to answer it to make you look good. Even when you aren’t asked a specific question about a qualification, it’s often a chance to show why you are qualified. You guide the answer the way you want.

You will absolutely be asked the following 3 questions:

Why can you speak Japanese?
Where did you learn Japanese
Have you ever lived in/visited Japan and for how long?

Have the answers to these and other common questions memorized. Make sure you sound good and can really show your abilities in your answers.

2. Perfect your physical intro and exit First and last impressions are important.

– Most likely you will be given a business card. Accept it with two hands. Don’t just immediately stick it in your pocket. Exchange your own if you have one.

– Shake hands, but lean towards a lighter grip than what you normally do.

– Don’t sit down until they tell you to. Let them sit down first.

– When you go to leave, make sure to give the proper timing bows. Sometimes you even have to stop and do this a few times.

I used to despise the “phone call interview,” and there is a good chance you will have them if you want a job in Japan and are still living in your home country.

– Not being able to rely on physical gestures.

– Conversation pacing being off.

– Difficulty in listening. Not because of your Japanese ability, but because of bad reception.

– Be able to smoothly say you didn’t catch what they said, and ask them politely to repeat themselves. Something like this works well: 申し訳ありませんがもう一度おっしゃっていただけますか。

– Here’s an important phrase you better know: 電波の状態が悪いです or 電波が悪いです (The reception is bad). It’s sometimes good to let them know that you are just having trouble hearing them, not understanding them.

The one major benefit you get with a telephone interview is you can write down all your answers and notes, and refer to them as you are interviewing. You could even have an internet dictionary open and ready for use if you have quick reflexes. When you are interviewed in Japanese by a Japanese person, they will expect you to be nervous, to not be a keigo pro, and that you probably speak better than you are now on the phone. If they have English ability, and have ever had to use it in a nerve racking situation, they will be able to sympathize with you.

Also remember that you will most likely speak and read Japanese much better than anyone they have ever met. The typical level of foreigners who put “advanced,” “business,” or “fluent” on their resumes is often fairly low. Your level won’t be. You may be harsh on your own Japanese, but you will be pleasantly surprised when your interviewer is impressed.

I know some of you out there have been through Japanese interviews. Share some of your sage advice! 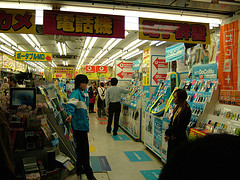 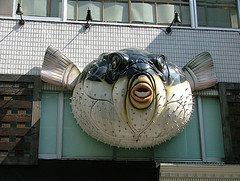 Qualifying Yourself For A Job Using Japanese