You speak Japanese. You have a child. Wouldn’t it be great if your child spoke Japanese too? With all the amazing life benefits that come to a bilingual child, it’s less of a “should I” and more of a “how do I?” And you don’t need to be a native, or married to a native in order to do it. You just need to find the right approach, stick with it, and shower language love towards your little one.

Hold on Adam… what are you doing writing about a topic you have no experience with?

I don’t talk about my personal life much on Jalup, but since this is a topic that I’m so heavily invested in right now, I thought it might be useful to some people to share my research and new experience. Especially since this is a major “Japanese learning” topic that I’ve never touched upon. In other words, I have a late announcement: I am the proud parent of an 8-month old baby who showers me with cuteness in exchange for 24 hour/day service.

One of the biggest initial discussions between my wife (Yuki) and I was how to make this little samurai a Japanese & English bilingual warrior. Way before the baby was born, introducing Japanese to him was always going to be a given. Yuki is native Japanese. I’m a Japanese/English bilingual. But “how” is a more complicated question then you’d think and we had to choose from one of the major methods out there.

Option #1: One Parent, One Language (OPOL)

This has been the gold standard for bilingual children for the longest time, and appears as the apparent, obvious choice to many people. It’s a simple formula:

While this is the more popular choice, and families have been quite successful with it, we have chosen against it. For us, there were a few considerations that led us down a different path.

While the above was relevant, the biggest factor in our decision was:

This brought us to option 2.

This option has probably been around even longer than option 1, but has gained well-deserved popularity in recent years. This was originally the default choice when both partners are immigrants (from the same country) but has now vastly expanded to bilingual couples. It’s a simple formula:

Since Yuki, the baby and I live in the U.S., this means creating a Japanese speaking home, and English outside world. This creates maximum Japanese exposure from both of us in the early years, and it avoids the problems we had with OPOL. However, it comes with a big negative and incorrect public misconception about it that still persists to this day, despite plenty of research and evidence to the contrary.

The baby won’t speak English well and will have major developmental delays!

This fear isn’t to be taken lightly. No parent wants their child to feel like a foreigner isolated in their own home country. There might be a lot to back up why MLAH works… but what if it doesn’t? That’s a substantial risk to place on your baby, and enough to scare away people from trying. Yuki and I were concerned as well, and we’ve heard plenty of worried feedback. But we did our reading, talked with other families who loved MLAH, and we were convinced that it was for us.

Your child will speak the majority language no matter what you do, because the second you drop your kid off for the first day of daycare or preschool, they will get a barrage of English from that day, and every day going forward. The major part of every day becomes English only. Once they start making friends who only speak English (which they will), it’s an English speaking frenzy.

The worry stems from the initial transition and can unnerve even the strongest of parents. The child has heard and spoken only Japanese 95% of the time for the first few years of life. They can’t understand or produce a single word of English. Dropping your child at daycare or preschool for the first time is like dropping them off in a foreign country. Except they have an extreme advantage that no adult could ever have.

While the adjustment period varies based on the child and environment, most toddlers go from knowing nothing in the majority language, to a full equal with their peers within 6 to 12 months.

For those still doubtful, you don’t even have to be a toddler to achieve this effect. There are children who immigrate from their home country to a foreign country when they are slightly older (5, 6, 7, 8 years old) and still benefit from the exact same effects, becoming native in the majority language.

The real fear isn’t the baby not speaking English, it’s them not speaking Japanese, despite all that early double exposure to the language for the first several years. Just because MLAH is used with an initial exposure edge over OPOL, doesn’t mean that child is a pure bilingual for life. The bilingual parent struggle starts once the child goes to school and the following thought process develops in the child.

Every adult Japanese learner at one point faces the frustrating dilemma of “I speak to them in Japanese and they respond in English!” Now imagine that is your child refusing to respond in Japanese. The best advice I’ve heard is that the minority language must be more than just something their parents speak. It needs to mean something to the child, whether through culture they love, anime they want to watch, or people besides mom and dad they want to speak to.

While this article focuses mainly on the two most popular methods, their are plenty of other methods to try. Some of them I’ve seen are:

No right choice – only the choice that works for you

While our family situation called for MLAH, this is what we decided will work for us. This post is obviously bias towards this method and talks about it the most. I’m sure OPOL (or other) families can give a lot more convincing arguments for their choice. For example, in the early years before baby meets the community, OPOL allows for more access to relatives and prevents non-bilingual grandparents from feeling left out.

I know that there are a ton of bilingual raised people on this site, as well as new (and old) parents who have/are raising their children to be bilingual. What method did you choose or was chosen on you as a child. How did it work out? 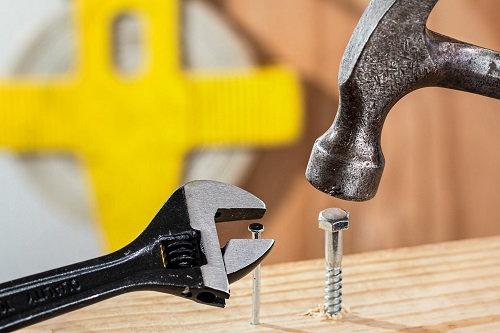 A Japanese Person Told me this so it Must be Right?

Talk to other Foreigners in Japanese