Supercar started out as a nice indie rock band. Which is good, but it gets better. About halfway through their career they started experimenting a little more with electronics, which is where it gets really good. Their album HIGHVISION is probably one of the happiest union of electronic and rock music to ever be made. I’ve heard them be called the Radiohead of Japan, and it’s a good description. Try them out if you like good music. They’re one of my favorite bands. Boris is one of those bands that are just about impossible to classify because they fall into so many genres. Some of their songs are long, epic drone-fests, some are slow and doom-y doom metal, which is basically what heavy metal would sound like if you slowed it down to the speed of molasses, and some is very fast, noisy and sludgy rock music. But they’re not afraid to try anything. They’ve done collaborations with Japanese noise musician Merzbow and an album with the very drone-y Sunn O))) and then they made a pop album, just for the heck of it. Whatever it is, their sound is big, heavy, and it’s all-around awesome. Mono is an internationally-famous post-rock band. If you’ve never heard of the term, post-rock is rock instrumentation without the rock music. Instead of typical rock-music-structure and snappy choruses, Mono creates long and complex arrangements usually starting out soft and calm but swelling into blisteringly loud crescendos. Don’t listen to Mono thinking you’re in for a good time, though; Mono’s songs are gloomy and depressing and it makes me sad just writing about it. But their music is beautiful, and they’re one of the few bands I can honestly call epic. If you’re a fan of 林檎椎名 (Shiina Ringo), whom I mentioned in a previous post, you’ll probably love these guys because she’s the front-woman herself of 東京事変. 東京事変 is straight up rock and roll and they have some of the catchiest songs I’ve ever had the pleasure of hearing. Besides being a great rock band, they also include a lot of elements from jazz. And I love jazz. And I love 林檎椎名 and her vocals. And ya know what, I love the whole band. You should listen to it. 凛として時雨 is a loud and abrasive emo/post-hardcore band. I think everybody in this band is completely crazy. Besides the great guitar work and drumming, the vocals steal the show, and they use both male and female vocals which range anywhere between soft rock-ballad singing to wails and screams. As can be expected, they have a very dark and claustrophobic sound. It’s pretty scary, but it’s good. Melt-Banana is a crazy awesome (but mostly crazy) noise rock band. It’s what rock music would sound like if you stuck it in a blender. If you like abrasive, dissonant music, you’ll like these guys. Besides the great music, you also have the great vocalist, who sounds like a J-Pop singer on meth. Yeah. This band is probably the whole reason everybody thinks the Japanese are really weird. The Pillows are pretty close to being the Japanese rock band. If you’ve heard of them, it’s probably thanks to the anime FLCL, which besides being pretty good itself, featured a great soundtrack by The Pillows which made them internationally famous. As for their music, it’s loud and fun alternative rock, basically the Pixies if they moved to Japan. Since FLCL, their sound has slowly evolved into more of a pop-rock sound, which ain’t too bad, but if you want to see them at their best, I’d start near the beginning of their career. マキシマム ザ ホルモン is one of the most fun bands I know. Their music is a big mash-up of heavy metal, punk, and pop music. On one hand they have all the brutality of hardcore punk, with shrieking vocals and screaming guitars, and on the other you have silly pop choruses that would give the AKB48 gang a run for their money. And they manage to blend the two ends of their music absolutely perfectly. I actually find it pretty hilarious. These guys are so much fun. 東京酒吐座 is a loud and beautiful shoegaze band. Shoegaze, for those not in the know, is made up of lots and lots of guitar effects and indistinguishable vocals which creates basically a wall of sound made out of droning guitar riffs and a lot of distortion. If you’re a fan of My Bloody Valentine and the rest of the gang from the ’90s, you’ll love this band because they’re just about the reincarnation of them. They even were a part of a tribute album for My Bloody Valentine’s Loveless if you needed any convincing. If you like noisy, droning rock music give these guys a chance. I think you’ll like them. The only bad news is that they broke up last year. I’m still sad.

Any others you want to add to the Japanese rock music list?

We’re all always looking for more and better music. What amazing Japanese rock have you found? 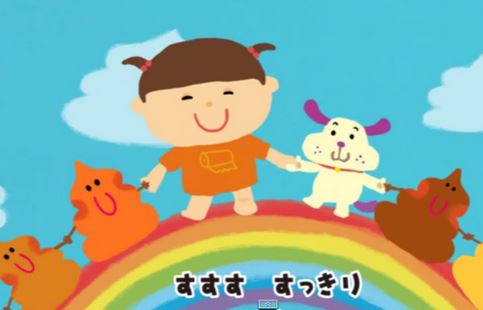 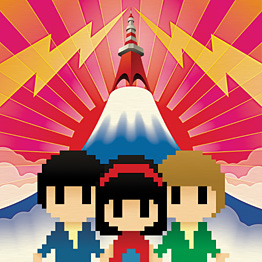