Remember when you bought that new video game you had been wanting. You ripped open the shiny packaging, popped that puppy* into the game console, and set out on a brand-new magical journey. You logged hours upon hours within the first few weeks of play, building your character’s power levels up to impressive standings. Then suddenly something in life gets in the way and forces your focus back to the ‘real’ world.

The game sits idle for some time.

A few months later, you try to pick it back up from where you left off, but you kind of forgot what was happening and no longer have a connection with your hero. So, what do you do when you still want to play the game, but can’t bring yourself to continue from where you left it?

Like the scenario above, sometimes things in life grow between our Japanese studies and us. Sometimes we get stuck with where we are in our Japanese quest and don’t know how to continue. Sometimes we just let ourselves get bored. Whatever the reason, we stop (or seriously slow down) making contact with Japanese. This leads to マジ [serious] backtracking in progress and a long string of blue numbers across all our Anki decks, which leads to even more apprehension of hoppin’ back on the pony**.

It’s time to fall in love all over again with the Japanese hero in you. That means kill, release, and retreat from whatever is keeping the two of you from reuniting. In my experience, the key attribute to wall me from getting back into the game of study was Anki reviews. I was forced to step away from my computer for a few days, which led to a few months of Anki neglect, and there she stood. If coarse amounts of Anki reviews happen to be keeping you from moving forward, there are a couple ways of dealing with those monsters lickity split.

1. DELETE the decks that scare you and START new ones.

I know you logged a lot of time into making and/or reviewing those decks, but if you let those massive blues stare you in the face every time you open Anki, you are going to do a few reviews, close Anki and not reopen it again for another few weeks/months. Part ways with the old. They are holding you back. They served you well, but it’s time to say good-bye. There is an infinite amount of new and exciting fish in the seas of Japanese to cast your eyes upon. Ones that you will form new bonds with. You will find it is quite rejuvenating when you release those heavy loads off your mind.

2. DELETE all but one deck.

The ‘one’ should probably be your kanji deck since that is where you start off anyway. It rekindles some nostalgic excitement from the early days of your Japanese adventure. Relight the fire of your first battle with Japanese: the kanji beast. Luckily, this will go a lot faster since you already have your stories and will still recognize the majority of the cards.

To get your reviews back down to ‘manageable’ set your review session time to small increments (I do 5 minutes). A few minutes here and there feels like nothing and helps fight burnout. BUT make sure to review for an X amount of time each day, for example, at least one-hour minimum.

Do a session every time there is a lull in your day. During commercials. Before you shower. After you shower. Between episodes of J-drama or youtube videos. On the hour. Whenever. Create cues for yourself that signal the time for a quick session. I am reminded of a scene in Toy Story when Andy’s mom announces to him they are leaving in five minutes. “5 minutes, eh?” Andy fits a whole play session in before they depart. Acquire that mindset!

If you can’t bring yourself to delete, then keep the decks, but remove them from your Anki menu. Later on, if you want them back, you can reopen them and apply the same strategy above.

Another great tip is to change the appearance and colors of your decks. This can make the deck seem new and refreshing.

Just like a video game, when you start over, you know what lies ahead and are better prepared because you have done it before. There is not as much guess work or walking blindly into dungeons. Unfortunately, a.k.a. fortunately, you will not be able to return to level 1. It will almost feel like you are using a cheat code to breeze through the early phases!

Have your own strategies or experiences with getting back into Japanese after a slowdown? Feel free to share in the comments.

*Shoving real puppies into any game console is not recommended for healthy puppy growth. Please refrain from applying puppies to digital media players. (With the exception of Nintendogs)

**Again, just a turn of phrase. There is no actual riding of farm animals involved in the study of Japanese. (Exception: 流鏑馬)

Pursuing an entertainment career in Japan. Maybe one day you’ll see me doing something silly on a variety show. 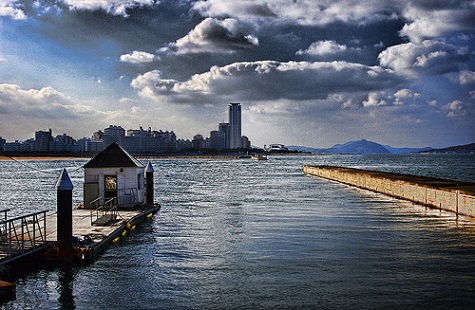 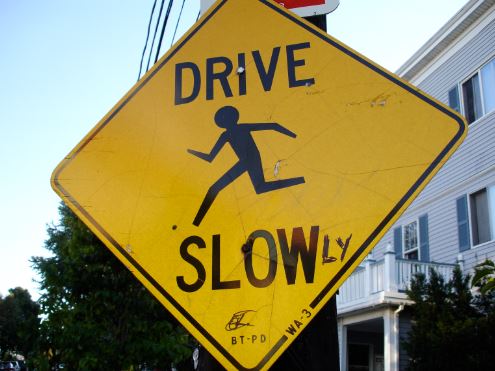 How I Struggled with and Overcame Japanese Grammar