I had two weeks of self-study under my belt thanks to a beginner textbook containing nothing but romaji and a simple kana workbook. I was starting to like this Japanese thing. Maybe I’ll even go to Japan. It was time to do what anyone who wanted to become serious about studying Japanese did; take a class. My desire to study Japanese was rising rapidly. If I really wanted to get good at Japanese, a class was a requirement. I didn’t know any other way. Studying on my own was a hobby, but a class turns that into something more.

It was my final semester of university, so I had one last chance to get into a Japanese university course. One glaring problem; Japanese 101 wasn’t offered. Japanese 102 was all that was available.

For 3.5 years, I had considered taking a Japanese course while in school. But the transition from “I like Japanese things, so wouldn’t it be cool to study Japanese” to “I’m going to actually learn Japanese” was a slow one for me. A class had always scared me off. It’s going to be filled with people who are good at foreign languages, or already know Japanese, and I’ll be some outsider. And the language courses met 4 days a week, at 8am! It was my last chance to remove any regrets I might have (or already did). However, there I was staring down the course requirements.

I wasn’t a risk-taker when it came to school, but was now faced with a dilemma. I could exaggerate my “or equivalent” skills to try to work my way into this class. I knew that my light 2 weeks of romaji self-studying would not come close to a replacement for an entire semester of university level Japanese. I already had a fear of taking a Japanese course, but jumping into the deep end without knowing how to swim? Just do it! Right? This is the normal courageous thought one might have. But I had one lingering worry. If I took Japanese 102, and didn’t pass it, I wouldn’t get 4 credits. Since it was my final semester, I absolutely needed these 4 credits or I wouldn’t graduate on time. That was a big deal. How would I get to Japan afterwards if I couldn’t graduate?!

While I hadn’t made up my mind, at least I could try attending the first class, and see how it went.

I nervously walked into a noisy room of everyone talking with each other. Since they had almost all taken Japanese 101 together from the previous semester they all knew each other. Most of the class was Asian, and at the time, I had an incorrect perception that Asian languages were all similar to each other, so everyone already had a huge advantage. The teacher started talking.

“Let’s check to see if you have forgotten any Japanese over the winter break, and whether you’re ready for Japanese 102. Go around the room and introduce yourself.”

I breathed a sigh of relief, as I expected the entire class to be conducted in Japanese. One by one everyone went around the room speaking in what sounded like super fluent Japanese to me. I could barely put a sentence together. Actually I couldn’t. I remembered two things:

One of these was a lie. But that was my introduction. After an hour of introduction torture, and a semester overview, my mind was blank. I went up to the teacher after class. I told her I had previously studied some Japanese, but it wasn’t a good course (the Adam 2-week course) and I didn’t remember much. I asked her if it would be okay to join the class despite my lack of ability. She agreed, and told me to review the first 6 chapters of the textbook they used before starting. Japanese 102 would go from chapter 7-12.

Could I do it? Who knew? But I had come this far. I was going all in.

My adventure began… as the absolute worst student in the class. I could barely read kana, knew 0 kanji, couldn’t follow any discussions, and slowed down the entire class whenever I was called on. When I was partnered up with another student for conversation practice, I could feel the disappointment. When I was called to the blackboard to write out a kanji or word, I felt embarrassed. My task was simple: catch up on the first 6 chapters of the textbook while continuing with the next 6 that the class was going through. I needed discipline. In the final semester before graduation, most seniors want to relax, and enjoy their last memories with their friends. But this was my choice. I studied Japanese every day, more than anything I had studied during university. In addition to the 4 classes a week, and my other busy schedule, I put everything into studying Japanese.

To keep everything organized, I recorded my “daily Japanese study hours” to make sure I was leading myself to success. I still have those records to this date to remind myself of my first challenge.

Here’s what my fist 2 weeks looked like (in addition to my classes): Frustration, worry, and self-doubt filled up these first 2 weeks.

I discovered Japanese classes go slowly. I didn’t know this until after I had finished playing catch-up. Some people that take a language in school don’t take it seriously. But often it is the class just doesn’t have as high expectations as it probably should.

By week 3, I was no longer the worst in the class. I was understanding things.  My enjoyment rate went up. My embarrassment was fading.

I was completely caught up and at the same level as everyone else.

I was blowing past everyone else.

I was the most active speaker in the class, won the class speech contest, and ultimately ended up with an A. I was so far ahead that around week 12 I bought and started the next textbook in the series and was going through it on my own.

In 4 months, I went from worrying if I would graduate to kicking ass. This isn’t to brag. I wanted to tell this story to show that if you find yourself passionate for Japanese, you can accomplish it no matter how high you set your challenges. You can go way past the pace someone tells you is possible. You can take risks.

As for classes… they go slow. Even if you decide to take classes in college, you should by all means go ahead of their pacing. While I have mixed feelings on whether classes are good or bad, what I did here set the tone for how I would approach Japanese. I wouldn’t trade this experience for anything.

Don’t hold yourself back. If you want this bad enough, do it by any and all means possible. Put yourself in a situation that you aren’t comfortable with. Prove others wrong. Prove yourself wrong. 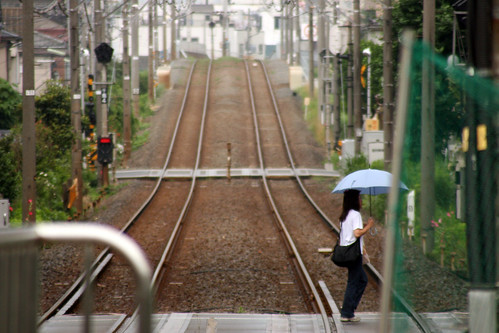 Jalup Intermediate was Hard – Getting Through it Made me Feel Invincible 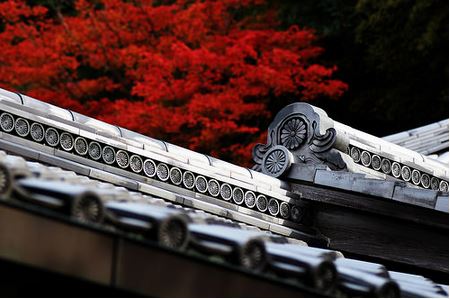 Japanese has Made my Life