Everyone wants results fast. If you had a choice between seeing those results sooner or later, you know which you would choose. But if you had the choice to have amazing results later at the sacrifice of good results now, which would you choose? Most methods focus on front-loaded learning. You start conversations immediately. You acquire a wide range of vocabulary instantly. You can proudly brag to people that you know Japanese.

There is merit to front-loading your results. It is motivating to feel you can actually use Japanese. With this ability from the early stages, you prove to yourself that learning Japanese actually has value.

But what about the opposite – the back-loaded method?

Why save the results for later?

I don’t hide the fact that Jalup is for serious learners who are thinking long term, and if that’s not you, you probably aren’t going to like it. There’s no get “Japanese rich” scheme here.

With this in mind, focusing on better results later makes the most sense. I’m fully aware that I am the only Japanese course that teaches you only 2 numbers, and one day of the week for several months. Two of the most vital types of vocabulary you need, sacrificed early on. Sacrificed so I can do everything possible to prepare you for Japanese-only, which in the long run will provide you great results.

I do this because I know you are in it for the long game.

If you were learning a sport, you could immediately start matches. You’d be able to show that you can actually play. Or you could save those matches for later, and focus on your form, technique, and the fundamentals of the sport, without much to show.

The upside – The downside Without early results it is easy to doubt your progress. The biggest complaint I get here is:

I’ve been studying for 6 months. I just had my first conversation and couldn’t understand or say anything I wanted to.

Conversations in the beginning are naturally easy to fail. Combine that with a back-loaded method and things get even worse.

There’s a lot in Japanese that if focused on first, will have higher payouts later. If you’ve been around this site, you know the drill: grammar, extensive listening, Japanese-only. In exchange for immediate conversation skills, you’ll gain much more in understanding skills. This will eventually translate into powerful conversation skills, later.

No one likes to hear this, but Japanese is all about patience. If you don’t learn how to be patient, expect swift defeat. With front-loaded learning, while you see faster results early on, those results will plateau. This is when you finally see the long, long road ahead of you. Have you developed the patience to handle such a road? Maybe. But you would have had that patience if you needed it right from the start. 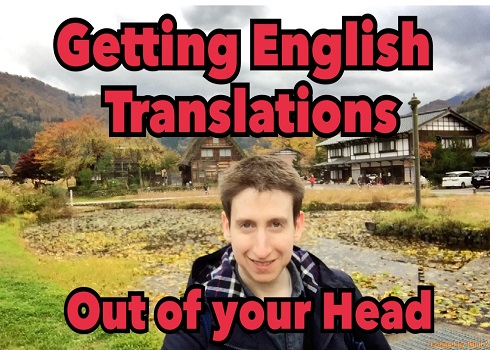 Getting English Translations Out of your Head 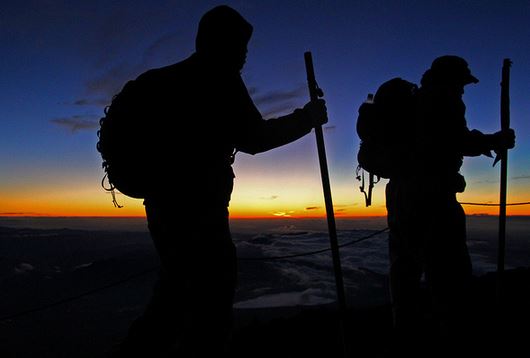