Despite a nearly unlimited amount of Japanese books to choose from, you’d be surprised how often I get asked this question. It usually comes from people at an intermediate level that want to make their first attempt into novels.

Harry Potter and Lord of The Rings are two of the most popular novel series ever. The appeal is there. You read them in English and love them. You know the story so well that you don’t have to worry about following along or getting lost, regardless of the language. What more perfect a source of motivation?

But is using these two series a good idea?

An initial negative reaction to pursuing these books in Japanese can be:

You are learning Japanese – read a real Japanese book.

In an ideal world, it would be amazing if you instantly and effortlessly found books at your level that you love, that also seriously fired up your learning energy. But since this is rarely reality, Japanese translations (and dubs) play an important role. Harry Potter and Lord of the Rings lead the pack with this.

The initial benefits are obvious:

So much positive. What could go wrong?

Both Harry Potter and Lord of The Rings are really hard reads in Japanese – even when you know the stories inside out. Getting stuck in difficult Japanese is not fun, and can be extremely frustrating. And I can’t stress enough – difficult is an understatement.

While Harry Potter starts off as a simple story, and becomes more complex throughout later books, the Japanese is still challenging from page 1. You’ll come across tons of words you’ve never heard of and usually never see. You’ll be given strange dialects added to characters. It’s an uphill battle. Lord of the Rings? Take everything I just said and multiply it several times over. Add in more classical dialects, never-ending meticulous descriptions and insane kanji usage.

The biggest problem with choosing any novel to read is finding the right balance for your current level. People underestimate these two series way too much.

When should you use them?

You are focusing on the positives of these series and have decided you need them. You know you aren’t going to start them from day 1, but when is the right time? I saw a Ted Talk recently about a polyglot who used Harry Potter to help her learn a foreign language. Right from the beginning, she would look up the words she didn’t know to progress.

Attempting this might work for some languages (ex. a native English speaker learning Spanish). But not Japanese. If you are going to use these 2 sources, at a bare minimum you should be at least high intermediate for Harry Potter, and an advanced level for Lord of the Rings. It’s a strange situation because if you are already this level, then you don’t need series like these, as your options have quite expanded…

Have you read Harry Potter or Lord of the Rings in Japanese?

I read all 7 Harry Potter books at a high intermediate level and crashed and burned through half of the Fellowship of the Rings shortly after that (vowing never to return to it again).

What was your experience? When did you attempt them? How’d it go? 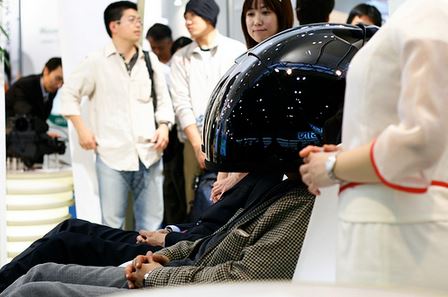