As more people have been using the Jalup Beginner/Intermediate these days, I’ve had a lot of insightful conversations both by comments and e-mail. Some of these reveal methodology, thought process, and others the technical use side. All of this is useful information for anyone using these decks, or just going through J-E/J-J in general. So I thought it might be helpful to put these together into one post instead of people having to wade through too much information in too many places. Jalup user Jen made a comment that the Jalup decks are allowing her to “play” with her study time.

“Some of the sentences are just ambiguous or casual enough (omitting some words, particles, etc.) that I have to puzzle a little to figure them out, but I still have everything I need to work it out, especially since you tend to come at the same concept from a few angles. Compared to tediously copying and pasting sentences that I’ve already looked over from a (boring) textbook, it’s actually a lot of fun. I keep finding myself increasing the new card limit in Anki because I want to find out what comes next, since each card has a new little nugget of Japanese waiting for me.”

And this is the mindset I went into when creating these decks.

It all comes down to playing a puzzle game.

You have all the clues (words). Now you just need to put them together to solve the puzzle (the sentence).

You have easy and difficult puzzles. Some puzzles are for now better left with just a general understanding (without completely solving them). And when you see similar information in later puzzles, you may be able to use that information to fully solve the earlier puzzles.

You aren’t just fed the information. You have to take that information, digest it, sit on it, use your imagination and deductive skills, and bring it all together to win each round. While this makes it much more challenging, this back and forth with each sentence will make you stronger and is what really solidifies that information within you.

Understanding J-E and J-J are two different beasts, and can’t be approached the same way. “I find a a lot of the time I don’t really understand the definitions even if I understand all the words in it. Then that tends to mean I don’t understand a bunch of words in branch that depend on that word. Also I feel like I have often have a vague intuition of the meaning of a word and I can recall that vague idea when I see the card, but does that mean I should mark it as correct? Like “oh, that has something to do with being lacking or dissatisfied or something”. I feel if I mark it wrong then half the cards are going to be marked as leeches before I have a chance to fully understand them.”

First, when coming across a new J-J card that is confusing, make sure you use the Anki search function to see if looking up the old words clears up any lacking information.

Assuming you are doing this and still having the trouble, you may need to change your approach of what you consider to yourself as understanding. A few points to consider:

1. Some people have said before that they are trying to come to what the English word would mean for each card, even though they are in J-J. You don’t want to do this. Yes, a cat is 猫 and having that 1 to 1 may be easy, but many words don’t work like that. Chasing after the exact meaning can leave you in frustration. In J-E, you go through a sentence, understand the new word, are satisfied, and move on. In J-J, the name of the game has changed, and the way you go through it will not be exactly the same as in J-E.

2. Once you accept point 1, you have to start accepting that you are going to need to rely on intuition a bit. You have an idea about the card, but are not really sure if that is what the word means. This is your first time not using English. Without English, you have no defined goal of that specific word. You can’t just expect to come to the meaning “cat” and feel you got it. You are developing the meaning of the Japanese which is completely foreign to you right now. So this feeling of uncertainty is completely normal in the beginning.

3. Your example of having the intuition of “oh, that has something to do with being lacking or dissatisfied,” is perfect. You can’t match it to an exact word you know. That’s fine. But you know what the feeling of that word is. When you start to see this word in other sentences, in other outside examples, you slowly start to solidify that feeling. Not into an English counterpart, but into the full feeling of the Japanese word.

5. I don’t like the leech function for this type of deck where every card relies on the previous one. Some cards will be easy. Others hard. Others even harder. They are still all necessary. I would either mark the leech threshold incredibly high or disable it.

Putting it all together with an example Jalup reader Nayr, who had just started Jalup Intermediate, asked a question on how to approach one of the first sentences. I broke down the entire sentence, all the pieces taken directly from the Jalup beginner, and showed how to pull it all together. Every puzzle piece to the intermediate decks is in the beginner decks.

Here’s how it looked.

2. を: grammar particle used to show that a noun is the target (direct) object of a verb.

Putting the sentence together:

8. Start with the middle of the sentence which is a noun phrase (前と違った事)

“昨日店で会った友達はもう日本に帰っている, which contains the noun phrase  昨日店で会った友達: the friend that I met at the store yesterday

Note: A phrase that describes a noun can be a full sentence backed with information (but must usually end in the casual form)
Sentence 1 (ending in casual form) + (noun) + Sentence 2 = (Noun) that (sentence 1) is/was/verb (sentence 2).”

You get “thing that was different with before.”

9. Add にする, make something a noun.

Now you have, “make a thing that was different with before”

10. Take the beginning 物事 “thing (physical and nonphysical)” and add it.

“Make a thing a thing that was different with before”

*Remember: your internal understanding of this sentence may be slightly different. This is not grammatically proper English and is just directly putting all the pieces together in an order that makes sense. As long as you get the idea behind it, you are doing fine.

Come back to the original sentence:

12. を: grammar particle used to show that a noun is the target (direct) object of a verb.

14. Multiple examples with different verbs to show that たい added to a verb changes it to the “want” form of that verb (ex. 食べたい: want to eat) With a little thought and intuition and feel you should come up with a feeling of “change,” the meaning of 変える. Which I suppose in natural English would be “making something different than it was before”

And even if you fully didn’t grasp it at this exact moment, as you see later sentences in the Jalup Intermediate using 変える, your understanding will become clearer.

If it helps, you can write down (copy and paste) the parts and pull them together like above. With a little practice this will all be easily internalized. But just like this, you jump one hurdle at a time.

Now while it may look complicated, remember that many of these steps are skipped, as you already know them, so usually you’ll only need to look up in Anki a few elements at most (and sometimes none at all). And the further you go, the quicker this process becomes.

Go on and play 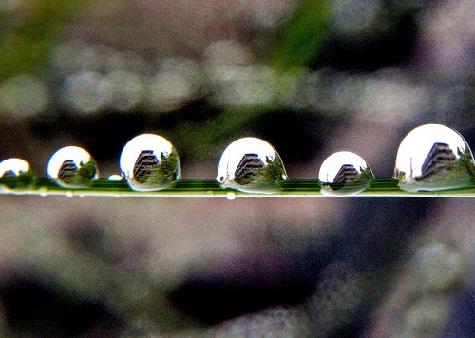 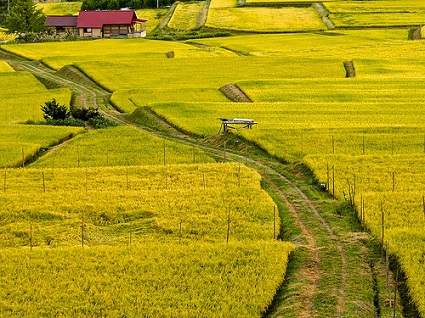 Why Transition from Japanese-English to Japanese-Japanese