You’ve been studying for months. You’re starting to feel more comfortable with your Japanese, gaining confidence with your ever growing abilities. But you are approaching that dangerous bridge you knew was near, hoping to push it off as long as possible. You can try to avoid it, taking as many out of the way paths as you can find, but if you want to level up properly, you only have one clear direction. Switching from the Japanese-English to Japanese-Japanese dictionary is a major turning point in your studies. The concept is easy. Turning concept into reality is quite different.

The beginning adjustment will be rough and stormy. But overcome it, and you will fall in love with your J-J dictionary. Your relationship will grow in such depth that you will look on with disgust at that ugly, debilitating J-E dictionary. What were you ever thinking showing it any kind of affection.

With Jalup Intermediate to Expert, you don’t have to worry at all about navigating through a Japanese monolingual dictionary. But once you are off on your own, things aren’t so easy. With this guide you will get through this. You will move forward and conquer.

How do you actually use this beast?

The entire monster is in Japanese. Your J-E experience that kept you one foot in Japanese and one foot in comfort is gone. You’re all alone and you need to know how to physically look up words, understand sample sentences, and navigate yourself through some complex mazes.

And thus it begins.

If you haven’t already, open up the Goo Dictionary (a popular online Japanese dictionary. Be forewarned: there is a lot of noise on this site to greet you, including extraneous buttons and features, advertisements, and gadgets. Since most of this is unnecessary to you as of right now, I’m going to cut and paste my way right to the central artery of this site.

The top of the site should look like this (English added by me for ease of use):

Click on the 国語 (J-J) radio button, enter your word in the search bar, then click on the 辞書検索 (Search) button. You’ve entered your first J-J word. Simple. You got this.

This guide will be written using example word searches. Different searches allow me to teach different features and difficulties of the actual dictionary. Depending on the word search, the results vary widely. To ease this, I will try to keep searches to words you probably know. But fear not, by the end of this guide, you will be ready. 1. The title word you look up is in bold. The definition is spelled out in hiragana first, followed by the kanji form (the one you will use) in thick brackets【】.

2. Make a mental note of the ・ that is used to separate the word.

3. For now, ignore what appears before the numbers. This part sometimes includes information like word origin, type of word, verb form, how the word changes, etc. This can get confusing and I don’t believe this info is currently beneficial.

4. Definitions are numbered in order of use frequency (1 being the most common).

5. The actual definition comes after the number.

6. Sample sentences, if they are provided, appear between brackets「 」. Do not confuse with the [ ] brackets that are used in step 3 which provides the extraneous information.

7. The word itself that you looked up does not appear in the sample sentences. Instead you see a line ー , which is where the word should be inserted by you.

This dictionary setup is due to sample words changing forms due to grammar.  This sounds confusing.  It really isn’t.  It just takes a little practice and soon will not require any thought.  I never actually noticed the dots until I started writing this paragraph.

Your 3 sample sentences inserted into the ー and all dotted up accordingly should look like:

You only need to choose one to put in Anki for each definition. Most definitions only have one. You get a bonus of three here. Pick the one that you know the most of and will require the least use of the branching process.

9. Beware of definitions 2 and 3 which are old, literary definitions that are not in common use. Unless you want to be a classic literature scholar, you do not want to add these to Anki. How do you know these definitions are literary? The sample sentences will appear in a different color. The name of the literary work appears after the definition in < > brackets. When you get advanced enough, they will just sound strange. And the easiest way to know is that you probably won’t understand them. Make sure to avoid.

All this for one definition?! It gets easier . . . Well kind of.

1. Title definition in bold, no kanji, no guiding dots.

2. [ ] have the unnecessary info in the beginning.

3. There is only one definition, so there are no numbers, and it appears immediately after the [ ].

4. Since no guiding dots, you simply but でぶ in the ー place.

5. Parentheses ( ) sometimes mean that you can also use the ( ) word in place of the word that appears before it. Either one is acceptable.

So your sample sentence can be inputted into Anki as either.

6. On the right side, you get a list of words that start with “でぶ”. This should satisfy your urge for looking up words that would come before/after it in a paper dictionary.

7. Everything in the blue box below the definitions is an advertisement. You know what to do. 1. Title definition in bold. Ignore what is in ( ) in the title definition. This time there are 4 kanji forms for the word 会う in【】brackets. The kanji forms are ordered by common usage, with the last one being the most rare. See step 4 to figure out which kanji form to use.

2. You will only concern yourself with definitions 1-3 since you should know that 4-6 are literary definitions.

1. If the title word is originally a foreign word, you sometimes will see in【】the foreign word it came from. No, you haven’t entered the J-E dictionary. Just try to avert your eyes.

2. Notice how definitions 2 and 3 only have one word. These are not sentences. What I do in this instance is take the word combination, then input it into Yahoo Chiebukuro (Japanese version of Yahoo Answers), and pull out a sentence from there. 1. In definition 1, at the end of the line, you see ⇔売る. The ⇔ symbol means antonym. If you click on the opposite word of 買う which is 売る, it will take you directly to that word.

2. In definition 3, notice how in the sample sentence, right after the word 喧嘩 is parenthesis (けんか）. Unlike the previous example, where ( ) meant you could use な or の in the sentence, here they are merely providing the reading of the word because it is difficult or confusing for Japanese people. You ignore the parenthesis for you sentence.  Your sentence in Anki for definition 2 would look like: 売られた喧嘩を買う.

3. After all the definitions, you occasionally get  [下接句] followed by a long list of linked words. These are colloquial expressions that use the title word which you are looking up. If this interests you, check some of them out. What’s great about these colloquial expressions is that they already are full sentences, so you can just input them the way they are into Anki.

1. There is no definition provided after the extra [ ] information. The ⇒ symbol is telling you to click on the word ゆく which is a synonym of いく. The dictionary has decided to put all the definition information in the ゆく entry. This means that in all the sample sentences under ゆく you can input いく instead.

1. You look up the definition of 車 (car) and get a long definition of a plant. The way the dictionary is set up, sometimes you will get the first word that starts with the kanji. When this happens, just go to the related words on the right side, click on number 5, and you have the definition for 車 car. You could also just have inputted the definition in hiragana alone, which is something you can do for all definitions. But then you will have to deal with the issue when the word is a homonym, which is quite often the case.

However, getting the wrong word isn’t really a big deal. If you ended up with this entry, you’d discover it in a few seconds.  And you get the added bonus of coming across an ultra rare and crazy reading of 車.

2. Since this is a foreign loan word, it gives you the source word where it came from.

4. At the very end of the definition, you get a → symbol and a final word, which is like saying “hey you might want to check out this related word.”

5. While you probably won’t be looking up technical words like this for a while, this kind of hyperlink comes up more often than you think. 1. Very rarely you get a bunch of sample sentences with the title word already filled in.  That just saves you some time. But they didn’t put in the kanji, so make sure you do that for your Anki sentences.

2. While you wouldn’t even think of using the 2nd kanji alternative because there are no ( ) before a definition telling you to, don’t get tempted to learn the alternative kanji. For example here, I guarantee you that 99.9% of Japanese people have never even seen the second kanji they provide 寐る.

For the most part. I’m sure you’ll come across things this guide hasn’t covered, but I’d say 95% of the time you’ll be fine. If you encounter something strange, definitely point it out in the comments section. Even if you’ve figured it out yourself, it will probably be helpful for other readers who may be struggling.

You are all ready to go. 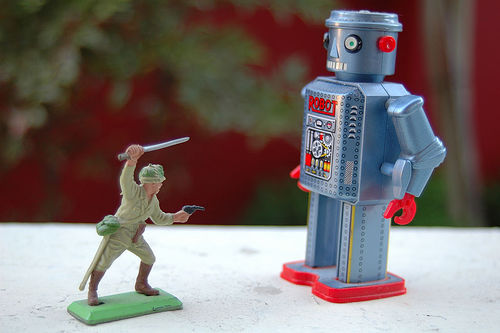 Should you do Multiple Japanese Decks Simultaneously? 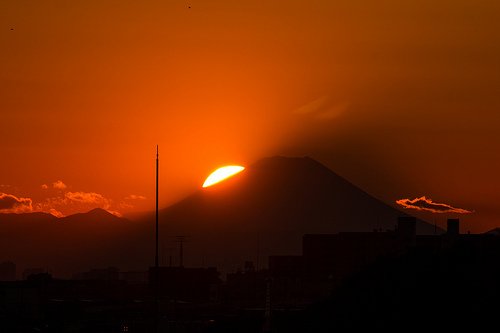 6 Reasons Why you Shouldn’t Retire an Anki Deck