Looking for a good J-drama? Tired of searching everywhere with too much overwhelming information not getting to the point fast enough? Below are what I think are the top 85 J-dramas (in no particular order) followed by very short summary reviews. Decide in an instant if you want to watch it, or it isn’t worth your time. Japanese difficulty level marked with 1 to 5 stars. Eikichi Onizuka, ex-motorcycle gang leader, has a dream to become the greatest teacher in Japan.  To accomplish this he will have to overcome both a rebellious class as well as a league of angry co-workers trying to banish him from school.  This doesn’t stop him from teaching everyone he meets powerful lessons in life through his unusual, aggressive, and sometimes violent methods.

Ken is watching a slide-show at the wedding of the woman he loves but never had the courage to ask out.  He is granted the ability to travel back in time to various points in the slide show to try to win back his lost love, so that he can become the groom at the wedding.

Asuka is dumped by her boyfriend/co-worker on her birthday, and shouts out a plea for happiness into the night.  The Hindu elephant god Ganesha, foul-mouthed and speaking in Kansai dialect, appears and guides her on her path to happiness.  At first highly resistant to his unorthodox ways, she follows his techniques that are supposed to teach her how to live a successful, meaningful, and happy life.

There is also a 2-hour TV special called 夢をかなえるゾウ starring Oguri Shun, which is a prequel to this drama. This drama is based off of a best-selling book.  If you enjoy the drama, definitely check out the book as well.

High school student Izumi’s father was supposed to be the heir of a small Yakuza group in Asakusa.  That was until he passed away and Izumi herself was asked to take on the role.  She agrees to become the leader in exchange for assistance in finding out whether the death of her father involved a drug incident and other rival Yakuza.  She discovers a new family and friendship among the most unexpected group.

Haruko, legendary temp worker, has more skills and ability than anyone at the company she is currently working for.  New temp Miyuki joins Haruko at the same company, and must face the trials and hardships of what it means to be a temp worker, and find what a temporary worker’s pride really is all about.

Individuals are given the chance to reset a point in their lives where they believe they made a significant mistake or have something they wish they could change.  The reset point is before the event happens.  After they change it, and see the results, they have one more chance to either continue with their altered life, or to reset one more time, going back to the way the original event happened.

Each episode is a stand alone story so some episodes are superior to others. The acting isn’t amazing, but it is a very fun concept the show is based around.

Hard-working and honest lawyer becomes framed for a crime he didn’t commit.  He goes on the run to hunt down the real criminal while at the same time, saving the lives of everyone he meets with his vast legal knowledge.

This is a show with big cliffhangers at the end of every episode and will keep you hooked.

Popular Shuji is bored with his high school life where nothing seems to matter.  That is until a very strange new female student, Nobuko, transfers to his school.  After seeing Nobuko being the target of some serious bullying, Shuji teams up with wild classmate Akira to “produce” Nobuko into the most popular girl at the school.

The Japanese high school take on one of those Pygmalion story lines. This is a really fun show, and if you like high school dramas, you don’t want to miss this one as it is a classic.

True story of 15-year old high school student Aya who falls prey to a fatal illness which slowly takes away her ability to walk, speak, and write, and will eventually take her life. She keeps a diary of her experiences and tries to keep the will to live, while falling in love and learning the meaning of life, friends, and family.

I don’t usually like illness/hospital dramas, but this is one that really stands out. This is based on the book by the same name. This drama features the 2 great hit rock songs by レミオロメン, 3月9日and 粉雪. This drama also features a very talented Sawajiri Erika before she went kind of crazy. While the Japanese difficulty level is generally only 2 stars, the scenes at the hospital and the discussion of the illness are significantly more difficult. 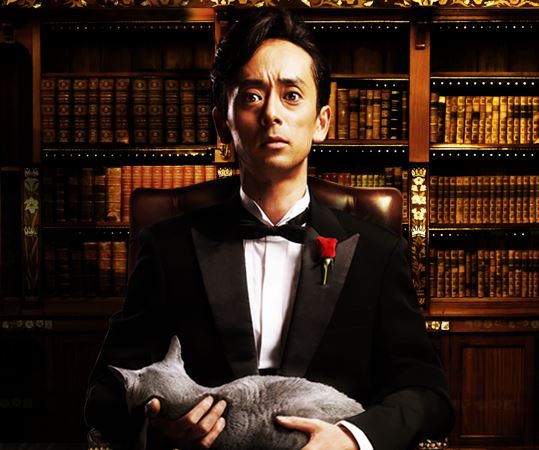