As people are about to die, a soccer-like referee steps in to grant people “lost time.”  With a specific short amount of “extra” time given to them, they have the opportunity to do one last thing and end their lives the way they see fit. Many guest celebrities appear in each episode as this is for the most part, a non-continuous story. Some episodes are very touching.  Others can be a little strange . . .

College senior Tsuyoshi suddenly dies on New Years Eve 1999.  However, he wakes up alive four years earlier in 1995 in a “Groundhog Day” situation where every time it becomes New Years Eve 1999, he dies and returns four years earlier.  How will Tsuyoshi use his repeated four years and what will happen when he discovers that he is not alone? If you liked the concept behind the movie Groundhog’s day, you will like this drama.

Haga one day is thrust into a substitute teaching job for a group of elementary school students that have some serious bullying problems.  With her fierce attitude and willingness to give everything to the students she teaches, she slowly changes all their lives. It sounds like just another run of the mill teacher meets bad students and changes them bit.  But it is done here really well, and this time from a much younger prospective.

Kano, former fashion shop pro, has a dream to become a high school teacher.  What she gets is a job teaching a small class of adult foreigners the Japanese language, with the promise that if she leads them to success, she will get the job she always wanted. The acting is bad.  The stereotypes are worse.  The class she teaches is unrealistic.  But despite these defects, it is still quite fun to watch a bunch of foreigners learning Japanese in Japanese drama style.

Optimist Tamura is saved by Sakaeda from being sold into a sex brothel when she mistakenly agrees to be the guarantor on a friend’s contract, and gets caught up with some dubious characters.  Sakaeda tries to convince Tamura to become a  “Legal administrative scrivener,” and join her in legal battles against a whole bunch of unscrupulous characters they will meet. This is a funny, classic comedy, that shows an interesting look into the Japanese legal (but not lawyer) world.  The similar drama below,  made about 10 years later covers similar grounds.

Katsuhiro becomes a newly minted legal administrative scrivener with the goal of manipulating the law to save the weak.  With rivals and constant legal battles, he provides the audience a practical look into the Japanese legal world, and how to fight law with law.

Moriyama, 29-year old loser temp worker, has horrible luck with the ladies.  That is until one day his “moteki” or “period when one is suddenly very popular” has finally arrived and he now has to deal with four beautiful women. This is a trendy and popular comedy that spawned a recent movie. The music featured in this drama is great and gives you a good view of popular Japanese rock over the past two decades.

Nao is a super honest college student who one day receives $1,000,000 while being thrust into the dark, deceptive, and often comedic world of “Liar Game.”  What starts off as one challenge to trick players out of others’ newly received money turns into multiple challenges that match players wits against each other for large sums of money.  Luckily Nao eventually enlists the help of super ex-swindler and genius Akiyama, and the two of them take on the game and all the other players with an effort to reach the top and bring down the creators.

While there are some corny bits, this show is clever, and will make you want to try imitating some of these games. There is some complexity in the explanation of the games in Japanese, but you eventually get it.

3 poor guys living together one day find a first grader named Akira on their doorstep with a message from his mother to take him in.  Both Akira and the three guys are taken on a wild ride as they both try to adjust to each other’s lives. Kirishima, plastic surgeon nicknamed “Facemaker,” saves the lives of troubled patients who are seeking to change their lives.  He does so by giving them a new face.  The price? Their old face.  But what will happen when they run into someone else who has taken their old face? 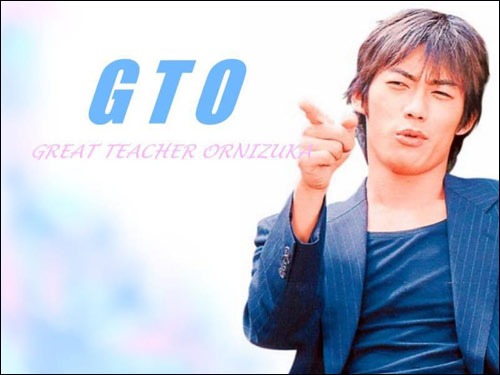 Is Great Teacher Onizuka (GTO) the Best J-Drama Ever?

The Japanese Episodes of Westworld