Remember how much fun playing Mad Libs (the classic game where you fill in the blanks with words that result in funny and silly stories) was when you were a kid? You probably didn’t realize it at the time, but while laughing at the results of the game, you were getting more and more used to the vocabulary and grammar of your first (or “native”) language.

It was a pain-free way to do so. Indeed, it was so much fun that you were probably eager to do all the hard work of learning the language that your classes in school wanted you to do without having to be threatened (with a bad grade) or bribed (with everything from gold stars to pizza).

It was effective. While playing the game, you were learning the difference between adjectives and adverbs, picking up new vocabulary, using sentence structures that would be useful in other contexts, and on and on.

If you want to, you can. Like learning Japanese on Twitter in general, it is easy. And get this: It won’t even cost you a thing.

In fact, someone has already done the hard work of filling in the blanks—which means all you have to do is read the hilarious and nonsensical results.

Sounds great, right? But what if I told you that these tweets also come with an English translation?

And that makes this Twitter account—created to help Japanese people studying for the TOEIC—a good one to follow, no matter your current Japanese level.

To see for yourself how ludicrous and memorable some of the sentences are, check out the ten following tweets:

1. 【股間】groin 用例 “This is an emergency. Stay calm and touch your groin.” 「緊急事態です。落ち着いて股間を触ってください。」

2. 【チキンナゲット】The fake Santa Claus was found lying on the side of the road, covered in chicken nuggets. 偽サンタクロースは道路脇でチキンナゲットまみれで横たわっているところを発見された。

3. 【おむつ】diaper 用例 Swallow your pride and accept the diaper. プライド捨てて、おむつ受け取れよ。

4.【おなら】fart 用例 Contrary to our expectations, the manager’s fart continued for more than two hours. 我々の予想に反して、部長のおならは延々２時間以上続いた。

5. 【性的倒錯者】sexual pervert 用例 Bob is a sexual pervert, but he never breaks his promise. ボブは性的倒錯者ですが、決して約束を破りません。

6. 【マシンガン】machine gun 用例 Don’t whine just because someone shot you in the arm and stomach with a machine gun. マシンガンで腕や腹を撃たれたくらいでメソメソするんじゃない。

7. 【金玉】”Oh, Kristi! Good timing! Can you hold my testicles for a sec?” “Ok, Doctor. Like this?” 「あ、クリスティ、いいところに来た！ちょっとこの金玉持っててくれる？」「はい先生。こうですか？」

8.【うっかり】Though I accidentally killed 700 people,I was able to make up for that with my inherent cheerfulness. うっかり700人殺してしまったが持ち前の明るさでなんとかカバーした

9. 【長い陰毛】”What happened to your knee?” ” I tripped over a long pubic hair and fell down.” “Again?” 「ひざどうしたの？」「長い陰毛につまずいて転倒しちゃってさ」「また？」

10. 【棺おけ】coffin 用例 “Sorry to bother you, but please return to your coffin.” 「恐れ入りますが、棺おけにお戻り下さい。」

Like those? If so, I recommend you follow @NICE_TOEIC on Twitter straightaway, because that account tweets such sentences daily and, if you want to add them to your sentence deck, each makes reviewing less of a chore and a lot more fun. 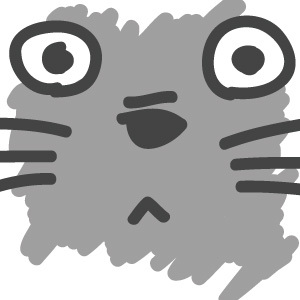