Metroid was one of those super deep games for the Nintendo (or Japanese Famicom) that I remember never actually beating except by cheating and using passwords. Reader Razovsuki pointed out on the first twisted translation post how there is a famous mistranslation from Metroid where バリアスーツ (Barrier Suit), the suit the hero wears, was turned into “Varia Suit,” and it caught on so well that it stuck throughout all future installments of the game. So I figured it would be worth it to take a more in depth look to see what other insights into Japanese language and culture that this game provides. The start is fairly simple, but reveals quite a few things.

While the game is technically the same for both the Japanese and English versions, colors, graphics, text size, sound effects, and music may vary a little bit. This is due to the Japanese Famicom and NES being similar, yet quite different.

Never seen the Famicom before? Here it is in its red and white (oh Japan, you and your flag pride) glory. But things start to get a little weird at the intro story (you know NES games with their deep plots . . .) screen.

Before even hitting the English side, welcome to the katakana barrage.  Most early Famicom games apparently decided katakana was the way to go. Not sure if this is because of system limitations, or they were trying to just be cool, but it’s a pain to read. Not sure when hiragana finally made its debut.

But getting to the translation, the problem phrase is キカイセイメイタイ (機械生命体)

But let’s start the game. And we find out immediately that we in the West kind of got screwed.

This is what we saw:

Fairly simple, with the game just waiting for you to eagerly type in “Justin Bailey” as a password . . .

But what did the Famicom get instead?

A full-blown save system, which looks surprisingly similar to the Legend of Zelda. They also got “Kill Mode.” Now I know you wish you had a kill mode. Unfortunately, while it sounds cool, it is really just the Japanese (translated back to English?) way of saying “delete a character” or as pictured above, Zelda’s “Elimination mode.” The concept of killing is wrong, but eliminating is fine.

Once you get yourself ready to enter the game, we can finally be thankful that we had an NES and not a Famicom. Since the Famicom was so much more awesome, it required loading times. I can’t imagine having to deal with this for such simple games, and I’m glad this never got “translated” over.

As I was about to get into the real crazy translation midst of this game, I realized that there isn’t any more text throughout the game until the very end, as is typical of most NES games.

They do get one of the final translations right though!

For those who are going katakana blind, that’s:

時限爆弾作動
*Note: I do believe they could’ve easily provided the more accurate translation here of “Somebody set up us the bomb.”
直ちに脱出せよ

Finally finish the game? What great Japanese message is waiting for you? This is the final screen in both the Japanese and English versions.

Many Japanese games had a lot of English in them. I can understand some minimal things in English for simple text, like the “Push Start Button” above. But I don’t get why they decided to do this for the more complex parts.

Unless I went to a different Japan, the Japanese I knew didn’t know English that well. Maybe Japanese are better at understanding bad English then we are? Give this text to an elementary school Japanese kid and see what he thinks he just accomplished.

And this wasn’t the age of just being able to look it up. There were probably groups of confused Japanese kids across the country trying to figure out what just happened.

Any of these interesting Metroid localization or translation issues make you go “へぇ～～”? 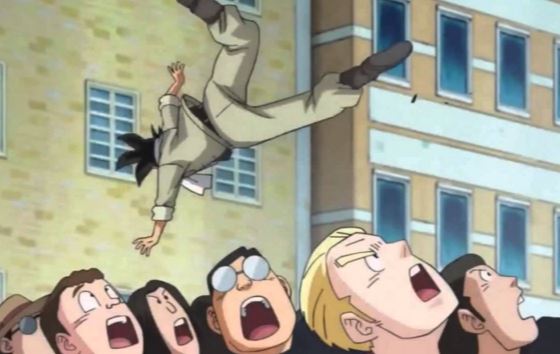