As I was searching for the next video game to post about, I discovered two revelations: 1. Most NES games are all in English despite the Japanese version (which still puzzles me to no end). 2. Most of the NES games I played and loved as a child I never actually finished to completion. What a serious lack of childhood fulfillment I must’ve had.

Rygar is no exception, and when I started going through the Japanese version, I recalled that I probably only cleared maybe 1/4 of the game before giving up. Part of this was due to the lack of a save function within the game. Die, and start over all the way back at the beginning. But enough excuses about my childhood.

Not sure why they decided to change the title from something that sounds like a game you might want to play (The Warrior of Argus) to Rygar (which I guess might be cool because it rhymes with tiger). I think they just wanted to emphasize the “G” in the center of the screen to show that the game was good.

Rygar is a simple side scrolling adventure where you are trying to save something from someone (NES often didn’t bother explaining this in game, so neither will I). You fight weird monsters, acquire weird weapons, and you enter dark shrines where you are given advice from large, bald, bearded sages/gods that all look the same.

This game might be useful for teaching you words you probably have never heard of.

鎖鎌 (くさりがま): Technically, this is a sickle and chain weapon, like the ninjas used, but grappling weapon makes more sense.
この: “This.” I’m not sure why they translated この as “The” but whenever you wonder something, the answer is always “why not?”

This game loves to insert ◇ everywhere. The American version figured this was annoying.

風の滑車 (かぜのかっしゃ): Wind pulley. The word “wind” too confusing to the player maybe?

But what do I see here?

“You must use to cross”

Additional information that isn’t found in the Japanese version?! At least one person thought the game should be slightly easier.

While this game is entirely in hiragana, which is a nice change of pace from the katakana barrage in Metroid, some Kanji makes it’s way in onto the item select screen.

腕力: Literally “Arm Strength” but means physical strength. Tone? I guess if the main character is focused on aerobics?

胸力: Chest Power (which isn’t an actual Japanese word) is “Last.” Last what? Maybe they meant “bust.” Though that would make even less sense.

精神力: Okay, I’ll give the translator some leeway here. This is a bit hard to translate as this can be “will power, perseverance, strength of mind” and others depending on the context. I would’ve at least like to see the word power after “mind.”

戦士の気合 (せんしのきあい)：Warrior spirit, warrior yell. Have no idea where attack and assail came from.

Finally make it to the ending screen? Again, welcome to English. However, if you look carefully, it looks like they made an attempt to fix some of the grammar and spelling. It’s a mystery why they decided to fix a few things, but still leave the general feel as a bad translation.

And just in case you are dying to know what “opening the door of peace” looked like.

Ever play Rygar for the NES before? What do you remember about it? Any interesting facts you want to add about the game? 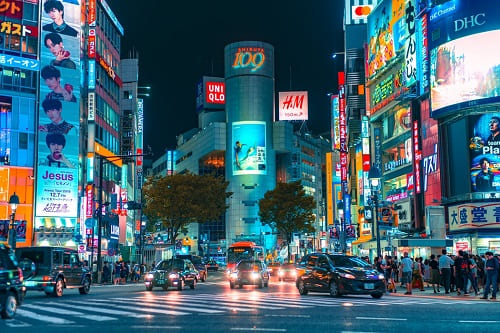 5 Immense Benefits of Being a Japanese Translator