So there I am reading ハイスコアガール (High Score Girl), the romantic comedy story of a video gamer (Haruo) in the early 1990s with the main theme of the story being Street Fighter 2. I am more of a nostalgic gamer (I don’t really get the chance to play many new games), but love reminiscing about the games I grew up with. So I knew the original arcade game Street Fighter 2 quite well. That is until one scene in the manga displaying the amazing skill of Haruo’s rival, a 12 year old girl who is a Street Fighter 2 prodigy. She get’s all the way up to Vega on one 50-yen coin, only using the jab punch button with Dhalsim.

Wait, Vega? If they were going to show how awesome she is, why would they stop at Vega? It would’ve made a bigger impact if she made it till the final boss M.Bison. But then I turn the page, and there is M. Bison, except his name is Vega.

Have my important childhood memories been clouded somehow? Did I mistake the last boss name of one of my favorite video games of all time? Let me look up the Japanese version of the game. Vega is the last boss? If that’s true, then who is the second to last boss (the fence crawling guy with the mask and claw)?

All the names are shuffled. Why change the names of the bosses in translation? Two reasons apparently:

2. M. Bison stood for Mike Bison. Quickly, look up at the picture above of the Japanese M. Bison. As what I’m sure was to avoid any wrath by Mike Tyson and his manager, the name shuffle was enacted.

While I’m sure you are fully aware of the concept of video game localization (translating a game and adjusting the language to the culture of the market that it is being sold in), I couldn’t think of a more relevant series topic for JALUP.

Changing names isn’t that sinful I suppose. Though I don’t like to think about Mike Tyson while I’m recalling my childhood.

But Ryu, who I didn’t find out until I studied Japanese isn’t pronounced Rye-you, had a mystery line translated that also left gamers confused. And since there was no character or reference in the game to Sheng Long besides this, this must’ve be a secret character that gamers should spend months/years trying to unlock?

Except this was the original: Or to add some kanji to that to not look so unreadable:

昇龍拳を破らぬ限り、おまえに勝ち目はない！
(Using the translation’s original wording): You must defeat my Shouryuken to stand a chance.

So the error was simple. Someone translated 昇龍拳 as Sheng Long.

Now there isn’t much text in an arcade fighting game from the 1990s. Besides the inbetween fight message screens, the only place you would really find much text was in the character profiles. But looking at the Western version of the game, the profiles were fairly simple. Information that no player would ever care about. But then I got a chance to see the Japanese version. Half the profile is cut off in the Western version. The Japanese version tries to be funny and add a little back story behind the characters including things like “Likes,” Dislikes,” and something extra about the character.

嫌いなもの: 日本でリュウに食わされた納豆
Dislikes: Natto that I was forced to eat by Ryu while in Japan.

And how about one more. Note, this is funny because there is a bit of a stigma attached to Japanese men who eat sweets (more so 20 years ago then now).

Any other Street Fighter 2 localization or translation issues that surprised you when you found out? 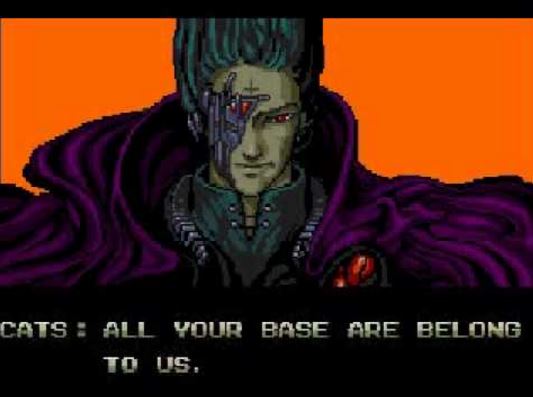