Everything you watch in Japanese will make your Japanese better. That’s good news. It doesn’t matter how cheesy a love story, or how ridiculous a fight to save the world, you will absorb all that juicy Japanese. Eventually you start leaning towards specific types of shows, and your vocabulary expansion slows. New discoveries fade.

The simple solution is to seek out new genres. Want to increase your legal vocabulary? Watch リーガル・ハイ. Want to increase your ice skating vocabulary? Watch ユーリオンアイス. This works great… up to a point. But there are some genres that have only surface vocabulary covered, and just aren’t exciting/emotional enough for a re-watch or adding to your immersion material. Science is one of those genres.

There is plenty of TV that touches on basic science (ex. forensic detective stories). But how many anime do you know where the entire theme is a nonstop barrage of chemistry, physics, and more. No restraint from all of the real technical words. And most importantly – nonstop excitement and action.

What is Dr. Stone?

Dr. Stone is a recently popular anime with a post-apocalyptic theme. The human population is turned to stone in an instance from some unknown force. 3000 years pass, reverting all of the world back to nature. Our main character Senku suddenly is revived. It his mission now to save the world with his ridiculously impossible knowledge of science, by recreating all of human’s greatest inventions from scratch.

It’s a typical Shonen anime, filled with your standard battles, action, tournaments (of course…) and bystanders being wowed by power levels (or in this case, amazing science). But at the same time, there is a major focus on the technical. While I’m not sure of the accuracy of everything that is explained, he takes you through all the thrilling details. Like how to make a telephone, or how to create electricity.

If you have any doubts whether this will expand your vocabulary, the most frequently used word in the entire anime is the word 硝酸 (nitric acid). Don’t tell me you’ve heard this word that often.

Dr. Stone also doesn’t just throw out random pop key words for fun. It never holds back on the details.

You might think this would get annoying after a while. But since the entire show is based around the wonders of science, and how things work, this only helps build the fun of the plot.

I’ve probably learned more science vocabulary from this show than any other source. And it’s not because I don’t read things involving science. It’s because they are an integral part of memorable scenes, with emotional and motivational value.

Just imagine the benefits if you become a fan of the show.

For those of you out there who have read or watched Dr. Stone – did you find it doing wild things to a previously weaker part of your vocabulary? 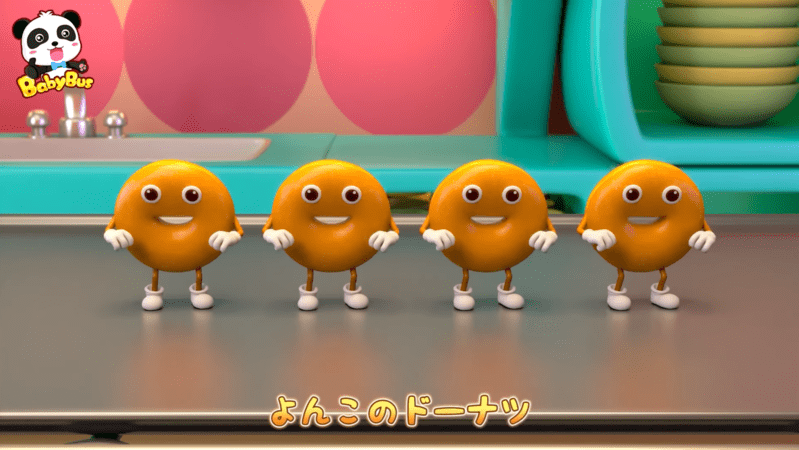 5 Addictive Japanese YouTube Cartoons for Toddlers (and Maybe You)