I watch a lot of American TV shows dubbed into Japanese. Why? Why not? For the most part I have never had a problem with the quality of Japanese dubbing. Sometimes the voices aren’t the best choice for the characters. But nothing that makes me say “I’m not watching you.” However, Netflix has one dubbing problem, which absolutely baffles me and I just can’t forgive.

Dual audio has been common for a long time. It gives you the option to listen to a movie’s audio in one of two languages. It’s what allows you to choose between Japanese or English for a movie on Netflix.

Simultaneous dual audio takes your choice a way, and instead plays both audio at the exact same time. This actually used to be somewhat more common 20-30 years ago for reasons I’m not sure of. Maybe technological limitations? But now it has to be 100% human error. Someone forgot to change a setting or something?

You know what the most distracting thing in the world is? Two languages spoken at the same time. They lower the volume of the “from” language so you can attempt to focus on the “to” language. But it is still clearly audible, and completely ruins any movie or TV show where this occurs.

Dual audio is meant as a setting for the viewer to choose. But on Netflix, there is sometimes no choice – only madness. To be fair, I have only run into this a few times on Netflix. But that is a few times too many, and I don’t watch Netflix enough to be able to say this is only an isolated incident.

Tidying Up with Marie Kondo

*I apologize for the low quality.

Netflix – Stop. Or maybe I’m the crazy one?

Maybe it turns out that people enjoy listening to simultaneous dual-audio and I’m the crazy one for making a rant about it? Or maybe I missed some stray Netflix setting that causes this (I looked deep into this before writing this as not to embarrass myself…)

My Switch from Audible Japan to Audiobook.jp 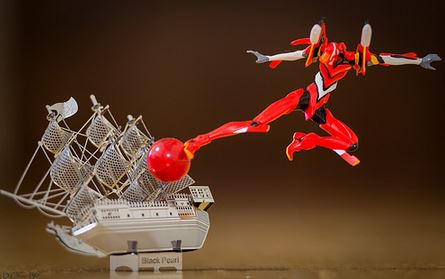