Oh babies. They are the kings of language learning. They’re often referred to as sponges for their ability to pick up knowledge. Many of them even learn multiple languages at the same time. How many babies do you know that fail to learn a language? Studies show babies even start learning their mother’s language in the womb. Who could possibly compete with such linguist masters? You. You’re not a baby (I assume) and this is great because:

What? But what about all that stuff that babies can do?

So what? Babies take forever to learn. It takes them a year to start talking, and even that is really basic stuff. That’s a full year of fantastic and inescapable immersion and that’s all they have to show for it. Another year later and they know 50 words or so. Pathetic.

And that’s just speaking. For reading, it takes them years to even start. And when do they finally start reading things at an adult level? When they’re an adult. How long does it take you to start speaking another language? Five seconds.

Boom! You’re already a year ahead of a baby. And that’s just the first five seconds. A power-leveler could learn 50 words a day. How many words did you know again two-year-old? And reading? The kana might take a couple weeks. Kanji a few months. Are you even trying babies?

Why you are better Babies are impressive, but you are just way better. It’s not even fair for babies really. Here’s why:

1. Babies know nothing. How can you learn the word “duck” if you don’t even know what a duck is?

2. You already know a language. Languages are more similar than different. You know the concepts. Babies don’t.

3. Babies are way busier than you. They are learning how to eat, sleep, grab, sit, crawl, and other endless things that you know but take for granted.

4. Babies aren’t even trying. They don’t wake up and think, “I’m going to learn five words today.” More likely, “I want food!” Why do you think parents ask their kids questions like what sound does a cow make? The kid wouldn’t try to learn it otherwise.

It’s not even a competition. With all that said, it can be fun to compare to a baby. Whatever day you started learning a language is when your language baby was born. If you started two years ago then that’s how old your baby is. This doesn’t include any studying breaks you took during that time though (babies don’t get to take breaks). Whatever is the average language ability for someone at that age is how good your baby is. Don’t be surprised when you’re miles ahead of them.

How does your journey compare to a baby’s? 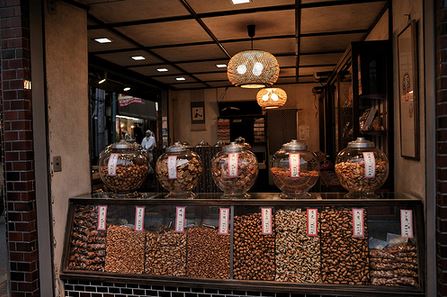 When You Are Most Likely To Quit Learning Japanese