My name is Matt. I’m 28 years old and make Video Games for a living. I’ve been married for a couple of years now and I’m fortunate that my wife, while not very interested in Japanese herself, has been amazingly patient with and supportive of my efforts to learn. Your reason for learning

My interests have expanded a lot since I started, but the heart of my motivation has always been games. I’ve been playing games made in Japan since I was 3 or 4, even though I had no idea back then where Mario or Zelda or Final Fantasy or any of the great games of my childhood came from.

Of course nowadays we make some pretty awesome games in the West as well, but they’re still a distinctly different flavor from what’s created in Japan. I’ve never been able to get into the likes of Dragon Age or Mass Effect, so most of my RPG fix in particular still comes from JRPGs even to this day.

First and foremost, I want to be able to play the games I love without waiting for the localization fairy to show up and grant me an English version, sometimes years after the original release and sometimes never. Many of my favorite games of all time have sequels or prequels that never made it to the US and probably never will. I’m determined not to let that stop me from enjoying them.

How you got started

This is actually my second attempt at learning Japanese. The first time was in college. I already had a healthy interest in Anime at the time and thought it would be a fun elective course. I stuck with it for a year and for the most part enjoyed it, but had to leave school for personal reasons and couldn’t find the motivation to continue on solo at the time. It probably doesn’t help that our teacher worked hard to convince us (incorrectly) that it would take many years to learn enough Kanji to be functionally literate.

Over the next 6 years, there were numerous cases where I wanted to play a game, but could not for lack of an English release. Tales of Vesperia (PS3). Valkyria Chronicles 3. Trails in the Sky SC (with a cliffhanger ending in the previous game, no less). Every time it happened I wished I could’ve continued my studies, and thought more and more seriously about starting again.

The final straw was Surge Concerto. I’m an obnoxiously huge fan of the Ar Tonelico series, and could easily spend hours rambling about how much I love it if you let me. I was thrilled when they announced a continuation in Ar Nosurge. However, seeing as the prequel (Ciel Nosurge, a VN/Simulator game for the Vita) never got a US release and the last Ar Tonelico had poor sales, I was afraid that this game would never make it to the States.

That was it. I wasn’t going to miss this one no matter what. I made up my mind and set out to find some way to finish what I started back in JP101.

Brief notes on your method I’m fortunate that my journey has been fairly straightforward. JP101 went as you might expect. Learn the Kana, study grammar through Genki, cram vocab lists for weekly tests, and eventually start picking up a dozen or so Kanji a week through brute force repetition.

When it was time to start back up, I spent a lot of time searching for a good way to pick up where I’d left off, and read through dozens of sites, but nothing sounded good until I found JALUP. It’s probably no surprise that the Video Game analogy really resonated with me. I loved everything I read on here, *especially* the suggestion that Kanji could be conquered in a matter of Months, rather than Years.

While I largely followed the Walkthrough up to this point, I have diverged on one important point: I don’t do Passive Immersion at all, or perhaps it would be more accurate to say I can’t do it. An odd quirk of mine is that my concentration is very fragile and I’m highly sensitive to background noise. Sadly there’s just no such thing as “Passive” listening for me. Instead, I try to make up for it with as much Active Immersion as I can fit into any given day. So far that’s worked out OK for me.

This month marks 1 year since I restarted my studies. During that time I went from roughly Level 5 to somewhere in the 40-45 range. I have been pretty obsessive about studying though, with an average of ~2-3 hours/day spent on Japanese during that time.

One thing that might surprise people is that I only just finished RTK last month. I had to push myself extremely hard to slog through the latter half especially, and there were definitely times I wanted to give it up. I forced myself to finish because, for as much as I struggled with it, the benefits to my reading and vocab retention were enormous enough to make it worth the effort.

Stuff that confused you but you figured out

-Pronouncing “r” sounds and ふ
-は vs が
-Compound conjugations, especially those based on the Passive form
-物 vs 事 vs 物事 vs 事物
-Synonyms in early J-J
-And much more >_>

Worst moments in the journey

-Rote memorization of Kanji in college. Seriously, fear of having to tackle Kanji is the main reason it took me so many years to work up the determination to try again.
-Trying to work through RTK without a quiet place to study most of the time. That whole “make up stories” thing is crazy hard when there’s background noise, especially for someone like me. Most of the time I resorted to blasting rain sounds or piano music through my headphones just so I could focus on it for a little while. Definitely the hardest and least fun part of my studies so far. I don’t regret it, though.

-Finally slaying the RTK boss.
-Being able to help Japanese players in online games by bridging the gap between them and the predominantly English informational resources available for those games.
-Finishing a game in Japanese for the first time, and actually understanding it well enough to enjoy it.
-Starting up the game that pushed me to take up Japanese again, and having an absolute blast playing it in its original language.

-Get Anki on your Phone as soon as possible. Being able to do your reviews anywhere makes it MUCH easier (and more relaxing) to get them all done every day.
-Try not to overthink the things you don’t understand. Everything will become clearer with time.
-Don’t be afraid to try something hard and fail. You can always come back to it later. The first game I tried to play was a disaster, but when I came back to it after another 4 months it was smooth sailing compared to before.
-The extra time and effort and short-term loss of study efficiency to get used to J-J is absolutely worth it. If you take only one thing away from reading this site, let it be the process of learning and explaining Japanese words in Japanese. Even if you don’t do it 100% of the time, the benefits are still tremendous.

The difference Japanese has made to your life

Having made it this far, I really appreciate that I can finally do so many of the things I’ve been wanting to do for years. I’m also happy with the way it’s introduced me to so many wonderful things I never expected. Who knew I liked J-Dramas? Or that I’d end up chatting with Japanese gamers on Twitter on a daily basis? Certainly not me.

Beyond that, it’s still hard to say. I think this would be a really fun thing to talk about 5, 10, or even 20 years from now. Who knows, maybe by then I’ll actually be helping create the next generation of Japanese games =) 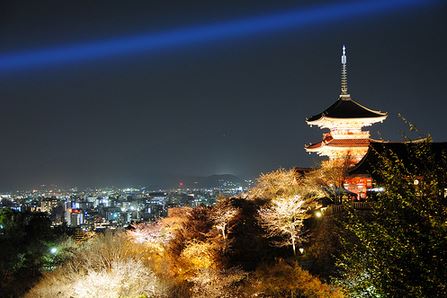 My Experience with Japanese Classes and University 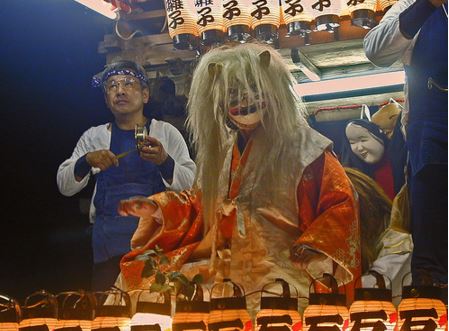 Everything I Experienced from Intense Power Leveling