One of the biggest complaints of foreigners living in Japan is:

“I talk to them in Japanese, they respond in English” You can imagine the frustration of working so hard to study Japanese, and when you finally talk in it, you hear English in return.  The result is either:

1)  You give up, and switch to English.
2)  You continue, and there is an awkward Japanese/English exchange.
3)  After saying something basic in English, that person escapes the conversation completely because they don’t want to/can’t speak English well.

The only way to overcome this is to give them a peek into the depth of your Japanese prowess in the first 6 seconds of the conversation.  It really must be done that quickly.

You can’t just speak in proper or good Japanese.  If you walk up to a random person and ask for directions like 駅はどこですか(where is the train station?), you may have spoken in perfect Japanese, but it doesn’t show that you really know Japanese.  Instead you would want to say something like あのすみません、この辺りに駅があるとお聞きしたんですけども、少々迷ってしまいましたが・・・ (Excuse me, I heard there is a train station in this vicinity, but unfortunately I’ve gotten myself a little lost . . . )

Trust me, they will respond to you in Japanese.

A few thoughts on why this works:

1.  A Japanese person thinks that you are struggling hard to talk to him in Japanese, and he is doing you a favor by speaking in English and making your life easier.

2. A Japanese person wants the conversation to go at a faster pace, and he assumes speaking in English will be quicker.

3. A Japanese person has studied English or likes English, and would like to try and use some.  The embarrassment of speaking in English dissipates because he assumes that your Japanese is worse than his English.

After you’ve proven yourself in the first six seconds, you can then lower your level of speaking slightly, but beware, if you slip to low, you may find the conversation suddenly turn to English again.

Regardless of the solution, don’t like this issue?  This is just something you are going to have to accept.  The language a conversation will be conducted in will usually fall to what appears to be the stronger of the two languages.  Don’t let this discourage you at first.  That extra few minutes of Japanese conversation is not going to improve your Japanese.  It will be all the speaking studying techniques that you are using.  And you now have very high motivation to increase your spoken level.

Note:  This advice applies mostly to situations where you are talking to someone you don’t know.  Also you occasionally get a really stubborn Japanese person who is in love with English, and will not budge regardless.  But for the most part, you will be surprised at how powerful this method is. 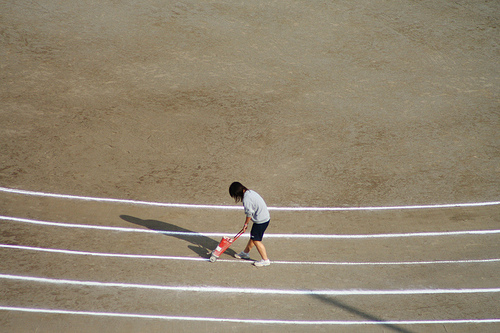 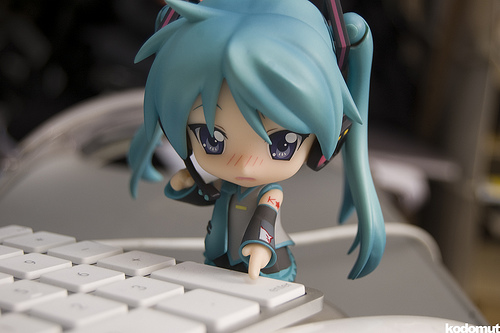 Talking with People through Twitcasting TV